Mangalore, Karnataka: An alert was sounded late Friday night after which the Coast Guard sent two of its ships to deal with the fire. 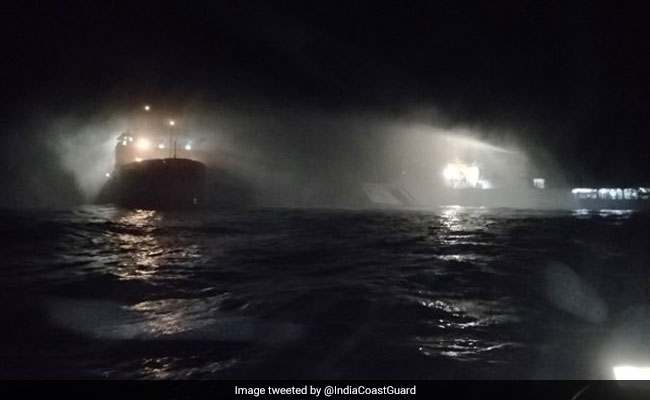 Mangaluru, Karnataka: The Coast Guard said it ensured safety of 36 crew, 16 scientists on the ship

A major fire on board a research vessel with more than 30 people at sea was extinguished by the Indian Coast Guard on Friday night. An alert was sounded late Friday night after which the Coast Guard sent two of its ships to deal with the fire.

The ships, named Sujay and Vikram, engaged in firefighting operations as soon as they reached the spot. After some time, the ships managed to put out the fire and escort the crew to safety.

The ship which caught fire was a research vessel belonging to the Shipping Corporation of India or SCI, named Sagar Sampada. On board the ship were 36 crew members along with 16 scientists, the Coast Guard tweeted, along with photos of the successful fire-fighting operation.

The origin of the fire in the research vessel is not yet known.