Iqbal Singh, carrying a reward of Rs 50,000 on his arrest, was arrested from Hoshiarpur by the Delhi Police's Special Cell and brought to the national capital today. 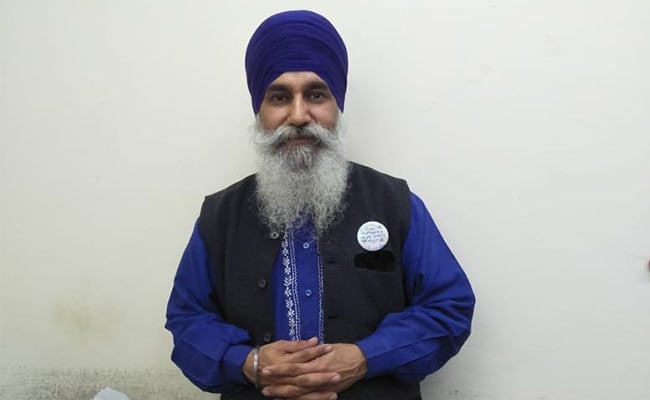 Iqbal Singh, carrying a reward of Rs 50,000 on his arrest, was arrested from Hoshiarpur.

A Delhi court Wednesday sent a man, arrested from Punjab, to 7-day police custody in connection with the Red Fort violence on Republic Day during farmers'' tractor parade against the centre's three new agri laws.

Iqbal Singh, carrying a reward of Rs 50,000 on his arrest, was arrested from Hoshiarpur by the Delhi Police's Special Cell and brought to the national capital today.

He was produced before Metropolitan Magistrate Poorva Mehra who sent him for custodial interrogation after the police said his interrogation was required to confront him with several videos and identify other accused persons.

The police sought his custody for 10 days saying Singh was allegedly one of the main conspirators of the violence and there was a need to establish where his funding was coming from.

The investigating officer said Singh's alleged link to actor-activist Deep Sidhu, who was arrested on Tuesday in the case, needed to be ascertained.

Police alleged the events leading to the violence were allegedly well planned and not a random occurrence.

"There are hundreds of videos. We need to confront him with all these. We need to find out who are the people who came with him and who are they affiliated with. He was one of the main instigators. This was a conspiracy," the police alleged.

The investigating officer alleged that Singh did a live video for over an hour on a news channel in which he can be seen instigating the crowd to violence.

"We need to go to Punjab and look into his news channel. We need to establish where his funding is coming from. He (Singh) told us during interrogation that he ran that news channel on which there was a live video for 1.15 hr," IO alleged.

Singh, however, claimed he did not go to Red Fort to cause violence and whatever he did or said was in the heat of the moment.

"I did not come to cause violence. I reached Red Fort just like that and had not planned to go there. When I reached emotions flared up. Whatever I did is on my live video. I did not instigate anyone," he claimed.

The police had announced a cash reward of Rs 50,000 for information leading to Singh's arrest.

Thousands of farmers protesting the Centre''s new agriculture laws had clashed with the police during their tractor parade on January 26. Over 500 police personnel were injured and one protestor died.