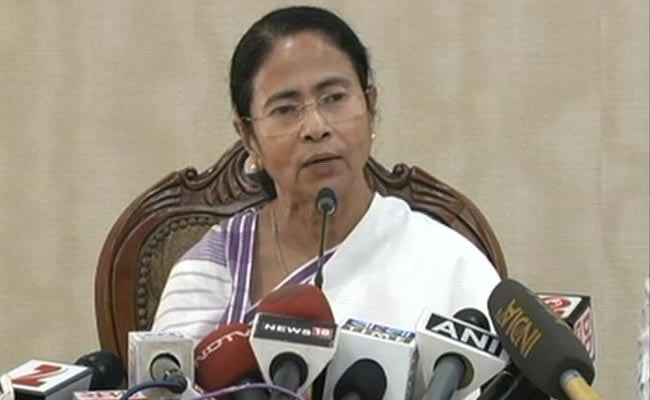 "Whether to accept or not accept these views is their choice but for this matter. the Election Commission should call a meeting with all political parties," Ms. Banerjee added.

The chief minister clarified that she had heard the Election Commission's statement saying there is no such thing. "But I have also seen the version of Subramanian Swamy, a video clip. He was saying it can be tampered," she said, confirming that she believed that EVMs can be tampered with.

Bahujan Samaj Party (BSP) chief Mayawati had alleged large scale tampering in EVMs soon after Assembly election results were announced on March 11, a charge that was echoed by Mr Kejriwal who added that this explained why the Aam Aadmi Party had received fewer votes in some seats than the strength of the party's volunteers. The Congress' Ghulam Nabi Azad also appeared to support Ms Mayawati, pointing that since a large number of people had raised concerns, this "issue must be looked into".

The CPI (M) is backing allegations of EVM tampering. "It is a long-held opinion that tampering of EVMs is not impossible but rather possible. The countries who started using EVMs have moved away. Scientists from abroad have confirmed that EVM tampering is possible," said CPI (M) lawmaker Sujan Chakraborty.
Comments
Electronic Voting MachinesEVMsMamata Banerjee