Malegaon Blast Case: Lt Col Purohit is currently out on bail. It was granted by the Supreme Court last year. 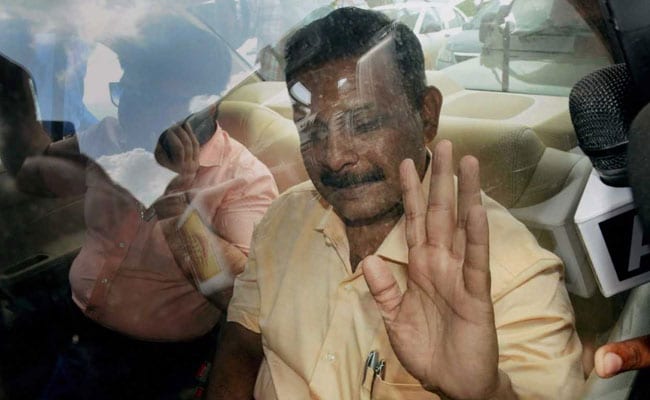 A bench of Justices Ranjan Gogoi, Naveen Sinha and KM Joseph said entertaining the petition at this stage might impact the ongoing trial in the case.

The bench, however, granted Lt Col Purohit the liberty to raise his contentions before the trial court and said it is not expressing any opinion on his petition. "Why should we interfere at this stage? It may impact the trial," the bench said.

Senior advocate Harish Salve, appearing for Lt Col Purohit, told the bench that the issue raised by Lt Col Purohit in his plea has to be looked into.

Since the National Investigation Agency or NIA is seized of the matter, the agency can look into it, Mr Salve said. The bench, however, asked him to raise the issue before the trial court.

Lt Col Purohit is currently out on bail. It was granted by the Supreme Court last year.

On August 27, he moved the Supreme Court seeking a court-monitored investigation into his alleged kidnapping, illegal detention and brutal torture in the 2008 Malegaon blast case.

Lt Col Purohit sought compensation for his illegal detention and for allegedly being tortured brutally by officials of the Maharashtra Anti-Terrorism Squad (ATS), the plea said.

In his plea, Lt Col Purohit said he was constrained to bring to the court's notice "the absolute illegal and arbitrary actions of the officials of the Respondent No.1 (Centre) and other agencies of the State, during the relevant time regarding the abduction of the Petitioner, a serving Officer in the Intelligence Corps of the regular Indian Army and his brutal torture in the custody".

He said he had made numerous complaints in this regard to all competent authorities and sought redressal for his grievances.

Citing the interview, the plea said it revealed the "petitioner has been framed by some factions in the previous government for political reasons, including introducing a face of terror under the guise of Saffron Terror".

Lt Col Purohit said in the plea that he was brutally tortured for eight days and was kidnapped and tortured by Anti-Terrorism Squad officers before being produced in court.

According to the plea, Lt Col Purohit is a highly decorated officer having received commendation from the Chief of Army Staff and many awards and citations for courage shown in eliminating dangerous terrorists, demolishing established terror networks through a well-built and organised source input network.

The Supreme Court had last year granted bail to Lt Col Purohit setting aside the Bombay High Court order by which the bail was denied.

Lt Col Purohit had earlier told the Supreme Court that he was caught in a "political crossfire" and had been languishing in jail for nine years.

Seven people were killed in a bomb blast on September 29, 2008, at Malegaon, a communally-sensitive textile town in Nasik district of north Maharashtra.

A special Maharashtra Control of Organised Crime Act or MCOCA court had earlier ruled that the Anti-Terrorism Squad had wrongly applied this law against Sadhvi Pragya Thakur, Lt Col Purohit and nine others.

The 4,000-page charge-sheet had alleged that Malegaon was selected as the blast target because of a sizeable Muslim population. It named Ms Thakur, Lt Col Purohit and co-accused Swami Dayanand Pandey as key conspirators. The NIA last year gave Ms Thakur a clean chit.