Valmiki Jayanti: How Ramayana Is Linked With Sage Valmiki's Life 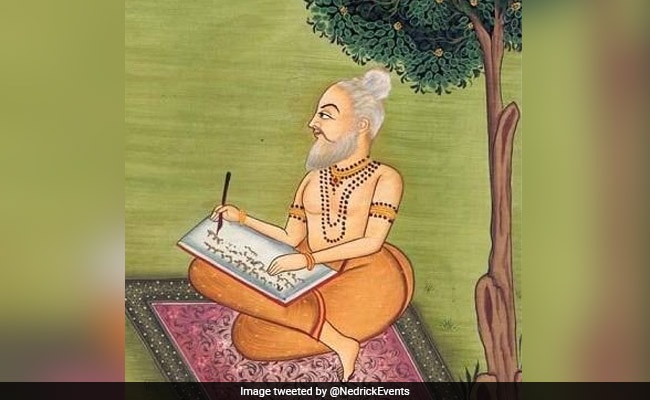 Maharishi Valmiki is the adi kavi or the first poet in Sanskrit literature who authored the holy epic Ramayana, also the first kavya or poetry. He also invented shloka or verses, which defined the form to Sanskrit poetry. Valmiki Jayanti celebrates the birthday of the famous poet and falls on October 13, Sunday, this year. Maharishi Valmiki composed the entire Ramayana with the guidance of Vedic sage Narad Muni and blessings of Lord Brahma. His epic is also called the Valmiki Ramayana which has 24,000 verses and 7 cantos (kandas) including the Uttara canto. Ramayana is composed of about 480,002 words, being a quarter of the length of the full text of another Hindu epic Mahabharata or about four times the length of the Iliad, the ancient Greek epic poem.

Sage Valmiki is also a featured character in Ramayana who received Sita into his hermitage and taught her sons, Luv and Kush during their exile period. They were his first disciples and he taught them the story of Lord Ram.

Tulsidas, who wrote the Ramcharitmanas, is thought to be the incarnation of sage Valmiki.

In Tusidasa's Ramcharitmanas, it is described that Lord Ram, his wife Sita and brother Lakshman visited the hermitage of sage Valmiki during their 14-year exile period from Ayodhya. The sage welcomed them with open arms and it is written that when Lord Ram asked him a place to set up the camp, sage Valmiki replied that it's the heart of the devotee where he should live in.

Valmiki Jayanti is celebrated across the country when Valmiki Jayanti Yatra or Shobha Yatra (processions) are taken out. Devotional songs are played, Ramayana paath, Ram japa are done on this day.