Valmiki Jayanti 2019: Know The Date And Importance Of The Festival

Maharishi Valmiki Jayanti: With years of meditation practice, he became so still, that ants formed hills around him. It's for this reason he was given the name Valmiki, which means the one who is born from ant hill. 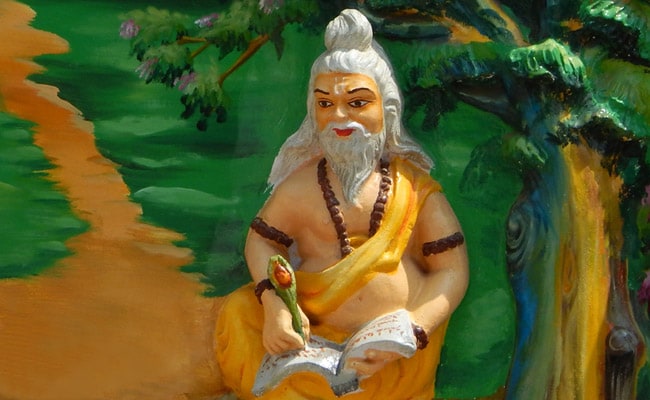 Sage Valmiki, the adi kavi or the first poet, is the author of the Hindu epic Ramayana. His birth anniversary is celebrated as Valmiki Jayanti. He also appears as one of the characters in the in it, as a monk who received Sita, Lord Rama's wife, into his hermitage and taught her sons, Luv and Kush during their exile period. Born as Ratnakar to a Brahmin named Pracheta, he grew up to become a sage. With years of meditation practice, he became so still, that ants formed hills around him. It's for this reason he was given the name Valmiki, which means the one who is born from ant hill.

Valmiki Jayanti Date: October 13, 2019, Sunday. It is full moon day or Purnima, in the month of Ashwin.

The Valmiki Ramayana is dated variously from 500 BCE to 100 BCE. He is believed to live in the Treta Yuga. The birth date and timings of Valmiki are not clear but his birth anniversary, also known as Valmiki Jayanti, is celebrated on Ashwin Purnima, according to Hindu lunar calendar.

Valmiki learned the story about Lord Rama from Narada Muni and with his guidance, he wrote the story of Lord Rama in poetic verses and that's how the epic Ramayana came into being. Ramayana has 24,000 verses and 7 cantos (kandas) including the Uttara canto. Ramayana is composed of about 480,002 words, being a quarter of the length of the full text of another Hindu epic Mahabharata or about four times the length of the Iliad, the ancient Greek epic poem. On Valmiki Jayanti, the followers of Valmiki sect carry out Shobha Yatras or processions and sing devotional songs and bhajan.