Maharishi Valmiki Jayanti: On this day, the followers of Valmiki sect, which was formed on the sage's teachings, carry out a procession and sing devotional songs. 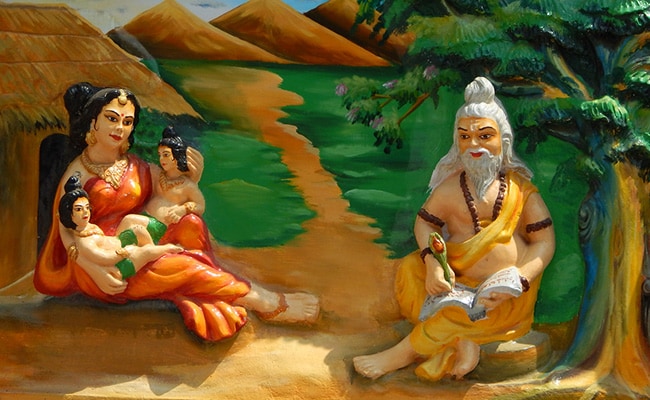 Know more about sage Valmiki and his story

Valmiki authored the Hindu epic Ramayana which has 24,000 verses and 7 cantos (Kandas) including the Uttara canto. Sage Valmiki also appears as one of the characters in the Ramayana, as a monk who received Sita, Lord Rama's wife, into his hermitage and taught her sons, Luv and Kush during their exile period.

Sage Valmiki is revered as adi kavi, the first poet and also referred as Maharishi Valmiki.

The birth date and timings of Valmiki, famous as Maharishi Valmiki, are not known but his birth anniversary, also known as Valmiki Jayanti is celebrated on Ashwin Purnima, according to Hindu lunar calendar.

During his early years, Maharishi Valmiki - a highway robber named Ratnakar. It is believed that sage Narada Muni transformed him into a great devotee of Lord Rama by giving him the Rama Nama mantra.

After years of meditation, and repeating the mantra given by sage Narad Muni, huge ant hills formed around him, giving him the name Valmiki, which means the "one who is born out of ant hills".

On Valmiki Jayanti, the followers of Valmiki sect, which was formed on the sage's teachings, carry out a procession and sing devotional songs.