The Congress has asked the BJP-led government to raise the ex-gratia by Rs 10 per kg, while the NCP said it be increased to Rs 5 per kg 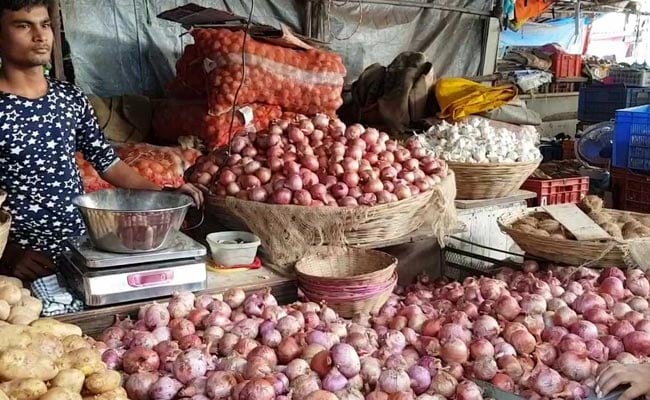 The opposition Congress and the NCP on Thursday termed as a "cruel joke" the Maharashtra government's announcement of Rs 200 per quintal ex-gratia to onion growers and called for increasing the assistance.

The Congress has asked the BJP-led government to raise the ex-gratia by Rs 10 per kg, while the NCP said it be increased to Rs 5 per kg.

"The government has short-changed farmers by announcing Rs 200 ex-gratia per quintal. (Falling prices of) onions have already brought tears in the eyes of farmers."

"Instead of wiping those, the government has played a cruel joke on them. The government should immediately declare ex-gratia of Rs 10 per kg," Leader of the Opposition in the Assembly Radhakrishna Vikhe-Patil of the Congress said on Twitter.

Hitting out at the Fadnavis government, Opposition Leader in the Legislative Council Dhananjay Munde of the NCP said farmers had originally demanded ex-gratia of Rs 500 per quintal.

"So, instead of the ex-gratia of Rs 2 per kg, the government should increase it to Rs 5 per kg and transfer the amount within a month on the accounts of farmers,"Mr Munde added.

He warned his party would stage protests in case the government did not given any relief to onion growers within a week.

The decision by the state Cabinet came amid reports about farmers selling freshly harvested onions at as low as Rs 1.50 a kg in Maharashtra, the top producer of the bulb in the country.

The financial relief consists of an ex-gratia payment at the rate of Rs 200 per quintal (with an upper limit of 200 quintal per onion farmer) for the kitchen staple sold between November 1 and December 15, 2018