Kisan Kranti said that the government has met nearly 70 per cent of their demands and decided to call off their strike. 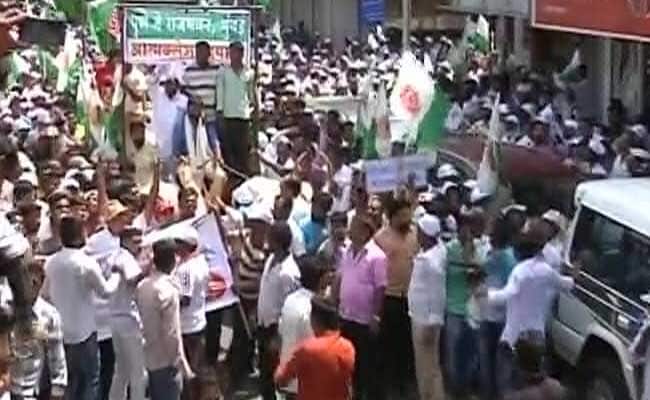 Mumbai: Maharashtra farmers decided to call-off their strike today after the state government’s assurance of looking into their demands of loan-waivers and free electricity. The decision was announced following a marathon of negotiations between Chief Minister Devendra Fadnavis and leaders of the Kisan Kranti committee.

“The strike is withdrawn and there should not be any violent protests against the state anymore,” said the chief minister, after the four-hour long meeting.

“We are open to a farm loan waiver… We shall set up a committee for the purpose which will include farmers’ representatives and take a decision by October 31,” Mr Fadnavis added.

Apart from loan-waivers and free electricity, the state government also promised to revise the prices of milk and form a state-level commission for agricultural costs and prices. Additionally, the Devendra Fadnavis government will also appoint an independent observer on diary businesses and set up cold storages and agro-processing units.

The government also agreed to provide financial assistance to the family members of farmer Ashok More, who died on June 1, when the police was dispersing the protesting crowd.

Thereafter, leaders of the Kisan Kranti said that the government has met nearly 70 per cent of their demands and decided to call off their strike.

A group of farmers, however, decided to distance themselves from the decision of calling-off the strike, according to news agency PTI.

Promoted
Listen to the latest songs, only on JioSaavn.com
The state government also announced that while cases against protesting farmers have been withdrawn, non-farmers who “tried to create a ruckus will not be spared”.