Maharashtra Election Results 2019: Marathwada consists of eight districts, including Aurangabad, and accounts for 46 of the 288 assembly seats in the state. 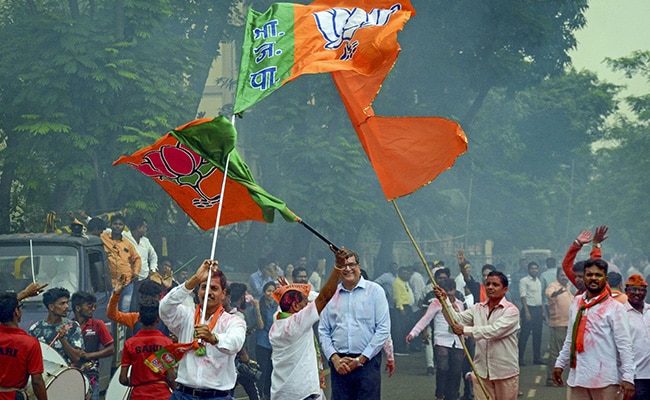 Marathwada consists of 8 districts, including Aurangabad, and accounts for 46 of the 288 assembly seats

The BJP-Shiv Sena alliance on Thursday won all the nine assembly segments in Aurangabad district and also fared well in the Marathwada region of Maharashtra.

Marathwada consists of eight districts, including Aurangabad, and accounts for 46 of the 288 assembly seats in the state.

The Congress won seven seats this time as compared to nine in 2014.

Thus, the ruling Sena-BJP alliance won 29 of the 46 seats in Marathwada.

The Sena-BJP alliance's performance is creditable considering the fact that only six months ago, the AIMIM had won the Aurangabad Lok Sabha seat.

"This is for the first time that this alliance has won all the seats in Aurangabad. There was annoyance in party workers after the AIMIM won the Lok Sabha polls from here. Our parties did their best this time after a major defeat," Shiv Sena district president and Member of Legislative Council Ambadas Danve told PTI.

The lone seat won by the AIMIM in 2014, Aurangabad Central, went to Pradip Jaiswal of the Sena this time.

In Phulambri, also in Aurangabad, assembly speaker Haribhau Bagde and Minister of State for Industries Atul Save (Aurangabad East) defeated their opponents, Kalyan Kale of the Congress and Gaffar Quadri of the AIMIM, respectively.

Minister of State for Textile Arjun Khotkar (Shiv Sena) lost to Kailas Gorantyal of the Congress from Jalna city.

In Ausa in Latur district, BJP candidate Abhimanyu Pawar, who worked as personal assistant to Chief Minister Devendra Fadnavis before entering the poll contest, won by defeating Baswaraj Patil of the Congress.

Sanjay Shirsat of the Shiv Sena, who faced a tough challenge from BJP rebel Raju Shinde, won from Aurangabad West for a third consecutive time.

Prashant Bamb of the BJP also completed a hat-trick from Gangapur where he defeated Santhosh Mane of the NCP.

Ratnakar Gutte, who contested on the Rashtriya Samaj Paksha ticket from Gangakhed (Parbhani), defeated Vishal Kadam of the Shiv Sena.

Shyamsundar Dagdoji Shinde of the Shetkari Kamgar Paksh won from Loha in Nanded by defeating his nearest rival Shivkumar Narayanrao Narangale of the Vanchit Bahujan Aghadi.