Maharashtra Election 2019: Rohit Pawar, who is the grandson of Sharad Pawar's elder brother Appasaheb Pawar, also admits that the fight is tough. 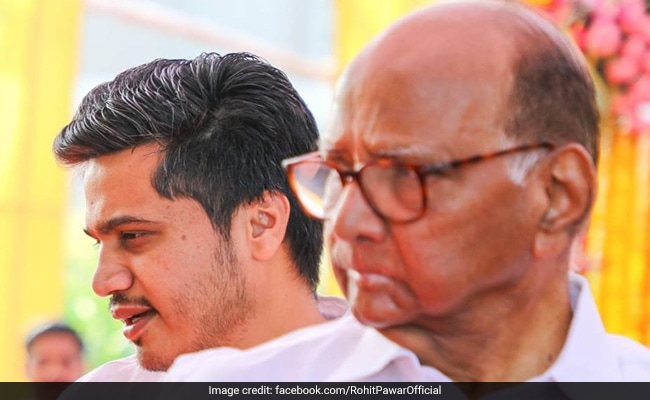 The NCP made a calculated gambit when they chose the Karjat Jamkhed segment of Ahmednagar Lok Sabha constituency, a BJP stronghold, for the poll debut of Sharad Pawar's grand nephew Rohit Pawar.

Rohit Pawar is pitted against BJP leader and sitting MLA Ram Shinde, who is also the Water Conservation Minister .

Ahmednagar parliamentary seat was the bone of contention between Sharad Pawar and politically powerful Vikhe-Patil family during the 2019 general elections.

As Sharad Pawar refused to allot the Ahmednagar parliamentary seat to the then Congress leader Radhakrishna Vikhe Patil's son Sujay Vikhe Patil, the latter joined the BJP and won.

The BJP is building its campaign against Rohit Pawar on the theme of local versus outsider.

Rohit Pawar, who is the grandson of Sharad Pawar's elder brother Appasaheb Pawar, also admits that the fight is tough.

"The fact that Chief Minister Devendra Fadnavis addressed two rallies in this constituency and BJP chief Amit Shah is going to hold a rally on October 19 indicates that the battle is tough for the BJP candidate," he told PTI.

The BJP has been winning this seat for the last 25 years.

In the 2014 assembly elections, Mr Shinde had won with 84,058 votes. The Shiv Sena candidate, who had contested separately, had won 46,242 votes. However, the NCP contestant was relegated to the third spot.

Over the last six months, Rohit Pawar has been visiting the constituency and reaching out to voters to understand the issues faced by them.

"The constituency has been electing BJP candidates since 1995. However, the party has not done any development in the area," Mr Pawar said. 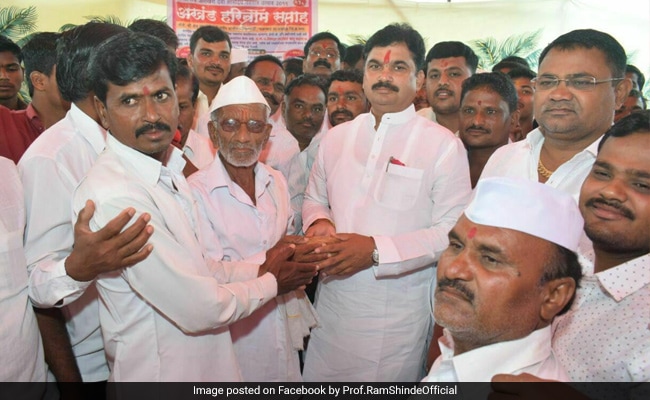 When asked about his victory prospects, Rohit Pawar admitted that the contest is close.

"This seat has been a BJP stronghold for the last 25 years. Mr Shinde is an MLA for the last ten years. He is also a minister in the state government," he said.

When asked about his choice of constituency for the electoral debut, Mr Pawar said he was looking for an opportunity to work for the people.

"If a contest is easy, then there's very little opportunity to learn new things," he said.

When asked about the "outsider" tag, Rohit Pawar referred to the state BJP president Chandrakant Patil's contest from Kothrud in Pune, since Mr Patil hails from Kolhapur.

"The chief minister should bring me and Chandrakant Patil on the same platform and talk about me being an outsider in Karjat Jamkhed," he added.

Rohit Pawar is raising the issues of shortage of water for drinking and agriculture, inadequate electricity supply, lack of employment, women empowerment through self-help groups, lack of education and transport among others.

BJP candidate Ram Shinde, meanwhile, was confident that he will win a third time and dismissed Rohit Pawar as a challenging opponent.

"There is no anti-incumbency against me. My opponent is using money to lure voters. Over 50,000 people came with me when I filed my nomination papers because they wanted to support me, the local candidate, against an imported one," he said.

"What is his contribution to this constituency? Rohit Pawar's ambition is to become an MLA because he has money. But what about the common people?" Mr Shinde asked.

Ram Shinde further said that he wanted to set up a textile factory, a sugarcane unit and the state industrial development corporation, MIDC, in the constituency.

A section in the local BJP feels that Mr Shinde is on a weak wicket.