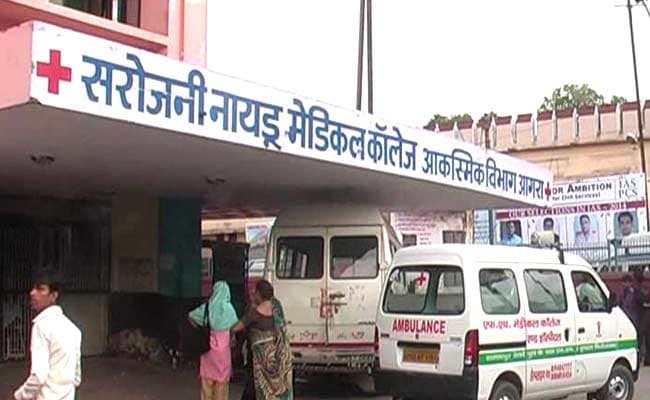 Agra: A young man and woman slit each other's throats near the Taj Mahal in Agra, in a lovers' pact allegedly driven by their families' objection to their interfaith relationship.

After "attacking" each other with blades, Rajveer Singh, 25, and Shabnam Ali, 18, survived; they are currently in hospital with heavy bandages around their throats. Doctor say they are out of danger.

Rajveer and Shabnam had arranged to meet at the Taj Nature Walk on Wednesday afternoon.  Shabnam, who teaches dance at an academy, met him a few metres away from the world renowned "monument of love".

Moments later, forest personnel found the two lying in blood, their throats cut. The two were taken to hospital and, according to one account, were "holding hands" while being taken for surgery.

Rajveer, who was conscious, told the whole story to the police and a magistrate who came to the hospital to record his statement.

He said that he and Shabnam had tried every possible way to get together and marry but had failed to convince their parents.

Rajveer said he had known Shabnam for 12 years. Against all odds, the two friends apparently fell in love after Rajveer's family moved to Dehradun.

Shabnam's family allegedly objected to her relationship with a Hindu boy and forced her to leave him, but they secretly stayed in touch.