Eminent jurist and former Union minister Ram Jethmalani died today at the age of 95. He was not keeping well for a few months, his family members said. 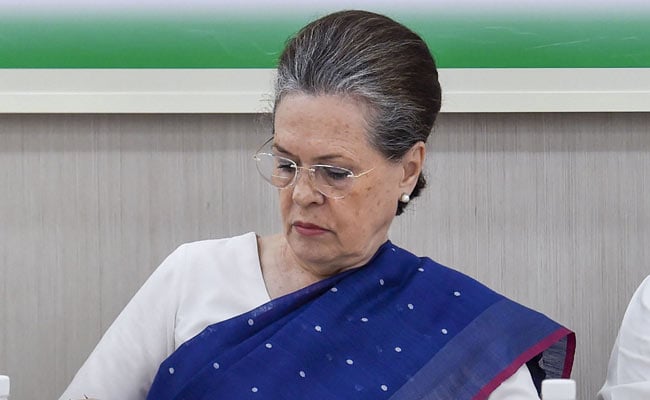 Congress president Sonia Gandhi, former prime minister Manmohan Singh and several senior party leaders this morning condoled Ram Jethmalani's demise, with many hailing him as a "seasoned parliamentarian" and "one of the finest criminal lawyers the country has seen".

Eminent jurist and former Union minister Ram Jethmalani died today at the age of 95. He was not keeping well for a few months, his family members said.

Congress president Sonia Gandhi has extended her condolences on the passing away of Mr Jethmalani and to his family and friends, a party statement said.

"In his death India has lost an eminent jurist, an able administrator and a seasoned parliamentarian," Dr Singh said in his condolence message.

The Congress, on its official Twitter handle, said: "We are saddened by the loss of former Union Minister and veteran lawyer Shri Ram Jethmalani. Our thoughts & prayers are with this family today."

Several senior Congress leaders paid rich tributes to Mr Jethmalani, describing him as "fearless" and a "crusader in both law and politics".

"Ram Jethmalani is no more. A crusader in both law and politics he stood steadfastly for the causes he took up. His knowledge in criminal law was matched by none," senior lawyer and Congress leader Kapil Sibal said.

"He was also a bundle of affection. The nation has lost a great son. May his soul rest in peace," he tweeted.

Another senior lawyer and Congress leader Abhishek Singhvi tweeted, " (Ram) Jethmalani, with whom he shared great camaraderie, will be missed. Feisty, ebullient, fearless, outspoken to a fault, uncaring of consequences or of societal norms, he had a large heart and a restive temperament. Always a crusader, his mind and body remained good almost to the end."

"Ram & I shared great chemistry, despite our age differences & despite the fact that we agreed on 25% issues, it never affected personal affection and regard. I always provoked him by saying that there is no party left in the country to send him to Rajya Sabha where he spent decades!" he said in another tweet.

"Heartfelt condolences at the passing away of eminent lawyer and former Union minister, Shri Ram Jethmalani. May God give strength to his family members. May his soul rest in peace," he tweeted.

"Deeply pained to learn about the passing away of India's veteran lawyer and former Union Minister Ram Jethmalaniji. With his passing away, India has lost its finest and most profound lawyer," Punjab Chief Minister Amarinder Singh said in a tweet.

Senior Congress leader Jyotiraditya Scindia hailed Mr Jethmalani as "one of the finest criminal lawyers the country has seen".

"He was a powerhouse of knowledge and never shied from speaking his mind. His demise is a huge loss for the entire legal fraternity. May the departed soul rest in peace," he said in a tweet.