The Congress has called the victory in Gurdaspur by-election the "people's mandate" against the BJP-led Centre. 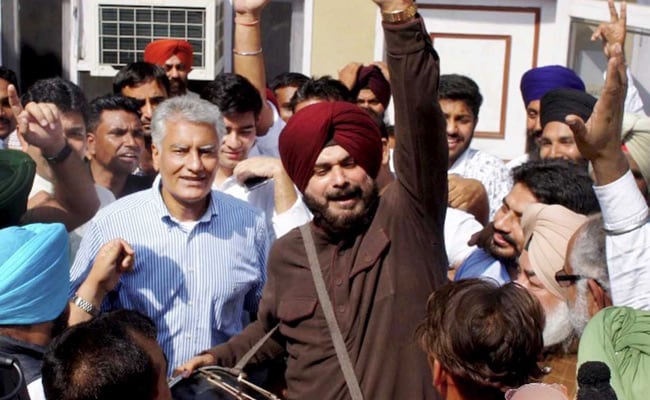 Chandigarh: Punjab Minister Navjot Singh Sidhu of the Congress used a cricket analogy to describe his party's big win in the Gurdaspur by-election, wresting the seat from the BJP, whose sitting MP Vinod Khanna died earlier this year. When a person loses by five runs, he hopes to play the next match. But if somebody loses by 400 runs, by an innings he won't recover. It's a demoralising defeat,"  said the cricketer-turned-politician, as he led his party's celebrations. He also described it as a "beautiful Diwali gift, packed with a red ribbon, for our would be party president Rahul Gandhi".

Navjot Singh Sidhu joined the Congress just ahead of the assembly elections in March this year, months after he had detached from his party of a decade, the BJP, for having sidelined him. The move to the Congress was negotiated for months, with Mr Sidhu also interviewing with Arvind Kejriwal's Aam Aadmi Party, before settling for what turned out to be the better offer. Within weeks of joining the Congress, his new party had regained power in Punjab and Mr Sidhu was made a minister.

On Sunday, the Congress state unit chief Sunil Jakhar won the Gurdaspur by-election by a record margin of 1.93 lakh votes over the BJP's candidate Sawarn Singh Salaria. AAP's Suresh Khajuria lost did deposit, so few votes did he poll. 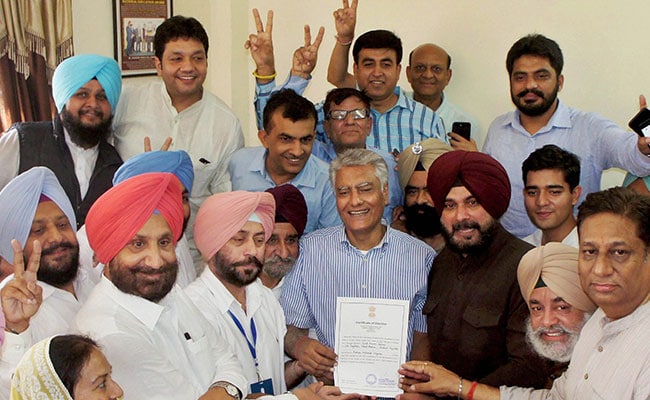 The Congress has called the victory the "people's mandate" against the BJP-led Centre and a signal of how Punjab will vote in the 2019 Lok Sabha elections, also pointing out that the BJP-Akali Dal combine had said the by-election was a referendum on the six-month-old Congress government of Chief Minister Amrinder Singh. Punjab was the only state that the Congress won in assembly elections held in five states this year, ending a series of defeats in state elections.

"They have caused losses to people in Diwali season. Even the BJP's traditional voters either stayed away or voted for the Congress to send a message to the NDA government and PM Modi that the government's economic policies will ruin the country," said the new Gurdaspur MP Sunil Jakhar.

"Today universities are won by the Congress. I'm sure we'll win in Himachal Pradesh and Gujarat," the Punjab chief minister said referring to assembly elections in these states starting next month.

The BJP has alleged that the unfair means were used by the Congress to win Gurdaspur. "Five polling agents were thrown out... they were hit and sent to hospital...no polling agent was present there... the elections were conducted their own way, alleged Mr Salaria, the  BJP candidate.

BJP spokesperson Nalin Kohli said the party would "assess the reasons behind the loss in Punjab."