Lok Sabha Election 2019: In a statement on Twitter, without naming Piyush Goyal, Riteish Deshmukh said that it was "wrong to accuse someone who is not here to defend himself". 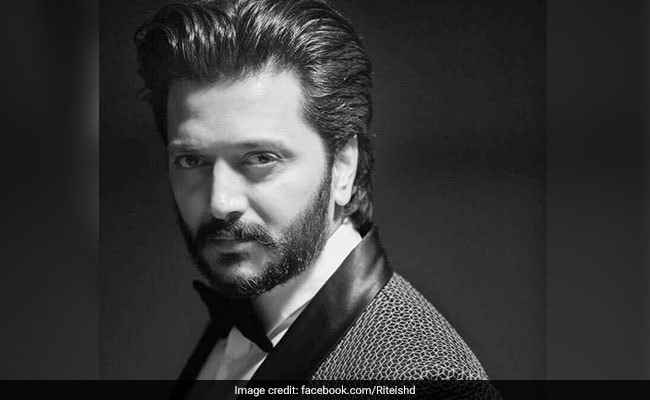 Riteish Deshmukh said that it was "a bit late" for Piyush Goyal to rake up the issue.

Bollywood actor Riteish Deshmukh has hit back at Union Minister Piyush Goyal, who had claimed his father, former Maharahashtra Chief Minister Vilasrao Deshmukh who died in 2012, was only concerned with getting his son a role in a film during the 26/11 Mumbai terror attack. In a statement on Twitter, without naming Mr Goyal, Mr Deshmukh said that it was "wrong to accuse someone who is not here to defend himself". Mr Deshmukh's father Vilasrao Deshmukh was a senior Congress leader and had served as Maharashtra's chief minister when the 26/11 attack occurred.

"It is true that I had accompanied my father but untrue that he was trying to get me a role in a film," Mr Deshmukh said in his statement. "He never ever spoke to a director or a producer to cast me in film & I take pride in that," says the statement.

Mr Goyal, in a sharp attack against the Congress, on Monday said "the chief minister at that time (Vilasrao Deshmukh) had brought a film producer outside Oberoi Hotel while shooting and bombing was going on inside. He was concerned about getting his son a role in a movie".

Mr Deshmukh countered the claim in his statement, saying that while he had visited the Taj/Oberoi Hotel, it was incorrect to say he was there "while the 'shooting and bombing' was happening as you claimed".

Mr Deshmukh also said that it was "a bit late" to rake up the issue. "7 yrs (sic) ago - He (Vilasrao Deshmukh) would have replied to you".

"My best wishes with your campaign Sir. Love & Regards," Mr Deshmukh signed off on his statement.

The BJP, contesting the national elections focused on the issue of national security, has frequently attacked previous Congress governments by claiming it made poor decisions on many different situations concerning national security, including the 26/11 Mumbai attack.

On many occasions, the BJP has also stepped up its attack on the Congress leadership at different points in history. Prime Minister Narendra Modi recently claimed Congress chief Rahul Gandhi's father former Prime Minister Rajiv Gandhi was "Corrupt No. 1 (Brashtachari No. 1)".