While single-phase polling has been announced for states with more number of seats, the decision to hold Lok Sabha and Assembly elections in Odisha in 4 phases appears to have been influenced by the BJP, the Spokesperson of (BJD), Amar Patnaik alleged. 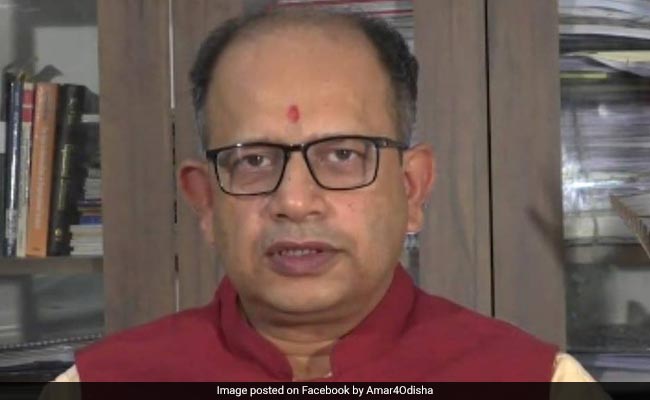 The BJD leader said there is no logic behind holding the elections in four phases in Odisha.

The ruling BJD on Monday alleged that the four-phase election schedule for Odisha has been announced to suit the BJP since it faces "bleak" electoral prospects in the state.

While single-phase polling has been announced for states with more number of seats, the decision to hold Lok Sabha and Assembly elections in Odisha in four phases appears to have been influenced by the BJP, the Spokesperson of Biju Janata Dal (BJD), Amar Patnaik, alleged.

"Therefore, it appears that the election schedule has been prepared to suit the BJP. In states such as Odisha, where BJP's poll prospects are bleak, multiple phases of elections have been scheduled," he said.

There is no logic behind holding the elections in four phases in Odisha, the BJD leader said, adding the Maoist problem is also almost ended in the state.

The allegation levelled by Mr Patnaik was in sharp contrast to that of Chief Minister Naveen Patnaik's response.

The BJD president has welcomed the poll schedule.

"I welcome Election Commission of Indias announcement for elections to #Odisha Assembly & Lok Sabha to be held on 11, 18, 23 & 29 April. Pleased to pledge wholehearted support for the electoral process that is the foundation of our democracy. #LokSabhaElections2019," Mr Patnaik had tweeted.

Dismissing the BJD's allegation, state BJP Spokesperson Golak Mohapatra said the four-phase elections will not cause any problem to anybody.

"Since the BJD fears defeat this time, the party is raising the issue," he said.

Meanwhile, both the BJP and the BJD on Monday traded charges accusing each other of violating the model code of conduct.

A BJP delegation met the Chief Electoral Officer (CEO) and submitted a memorandum alleging that the ruling BJD is yet to remove the hoardings highlighting its welfare programmes.

The BJP further alleged that in many public distribution system (PDS) outlets, LED bulbs are still being provided to poor for free under the state government's ''Ama Ghare LED Light Karyakrama'' scheme.

The BJD, on its part, also petitioned the CEO and alleged that hoardings and banners of the Centre are still being displayed at many places, including fuel outlets and the airport, in violation of the model code of conduct.