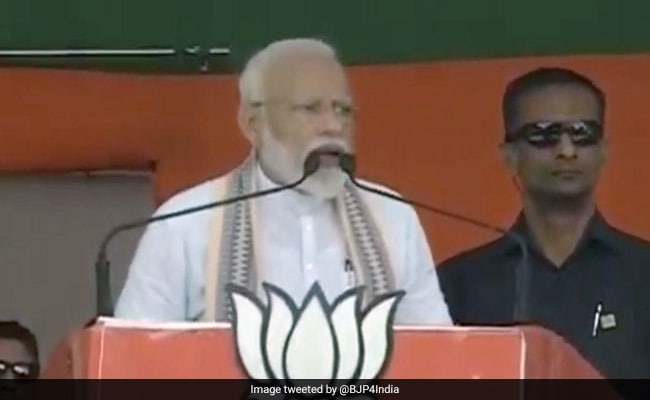 The Trinamool Congress (TMC) leadership was quick to hit back on PM Modi's claim. (File)

Attacking Narendra Modi for claiming that 40 Trinamool legislators were in touch with him, Samajwadi Party president Akhilesh Yadav on Tuesday said the prime minister should be "banned for 72 years" for his "shameful" speech.

"Vikas (development) is asking... Did you hear the shameful speech of Pradhanji (PM)? After losing the faith of 125 crore countrymen, he (Modi) is now relying on the unethical assurance of defection allegedly given by the 40 MLAs," he tweeted.

"This reflects his (Modi) black money mentality. He should be banned for not 72 hours but for 72 years," he said.

"With just a handful of seats, ''Didi'' you can''t reach Delhi. Delhi is far away. Going to Delhi is just an excuse. Her real intention is to politically establish her nephew," he had said.

The Trinamool Congress (TMC) leadership was quick to hit back, accusing the prime minister of horse trading, and saying it would complain to the Election Commission about it.