51 Constituencies Over 7 States To Go To Polls Today

Election 2019: Of the seats going to polls on Monday, 14 are in Uttar Pradesh, 12 in Rajasthan, seven each in West Bengal and Madhya Pradesh, five in Bihar, four in Jharkhand and two in Jammu and Kashmir 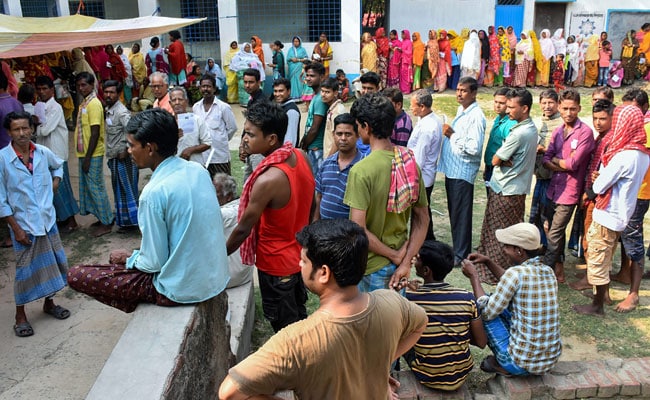 A total of 51 seats spread across seven states are scheduled to vote in the fifth phase today, with Rae Bareli and Amethi seats in Uttar Pradesh among the most watched contests.

Of the seats going to polls on Monday, 14 are in Uttar Pradesh, 12 in Rajasthan, seven each in West Bengal and Madhya Pradesh, five in Bihar, four in Jharkhand and two in Jammu and Kashmir, including Anantnag, where the third and final phase of polling will be held.

In West Bengal, all seven seats were won by the Trinamool Congress, in Bihar, one was won by BJP ally Lok Janshakti Party and one by then ally Rashtriya Lok Samta Party, and in Jammu and Kashmir, one seat was won by the Peoples Democratic Party.

The Congress had only bagged Amethi and Rae Bareli.

This phase will see voting in many high-profile seats. In Uttar Pradesh, both Rae Bareli and Amethi, which are traditional Congress strongholds, will witness a heated contest between Congress and BJP.

In Uttar Pradesh, the fifth phase will include most of the seats where the BJP performed credibly in 2014 but face a strong challenge from the Samajwadi Party-Bahujan Samaj Party combine this time.

In Bihar, the political equations have changed from the last Lok Sabha elections. Then the ruling Janata Dal-United was then opposed to the BJP but this time, it is a constituent of the NDA, facing the challenge from its erstwhile ally, the Rashtriya Janata Dal along with the Congress and some smaller parties.