Sujay - son of the leader of opposition in the Maharashtra assembly, Radha Krishna Vikhe Patil - had quit Congress earlier this month. 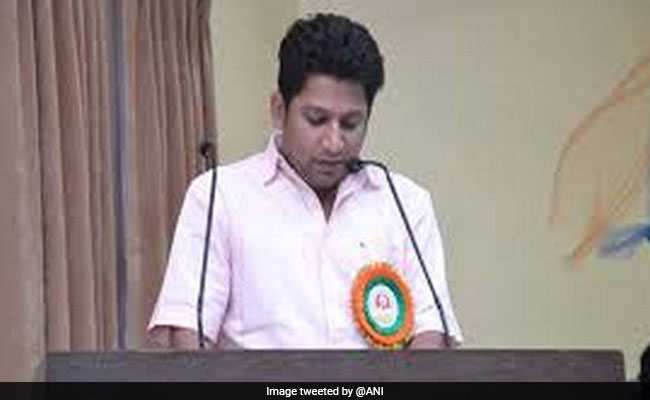 About two weeks after Sujav Vikhe Patil was named as the Bharatiya Janata Party candidate from Maharashtra's Ahmednagar, his wife, Dhanshri, also filed poll papers from the same parliamentary seat on Thursday.

"It's just a precautionary measure if any technical objection comes in Sujay Vikhe Patil's nomination," his office was quoted as saying by news agency ANI on his wife filing nomination papers from Ahmednagar as an independent.

Sujay - son of the leader of opposition in the Maharashtra assembly, Radha Krishna Vikhe Patil - had quit Congress earlier this month after its ally Nationalist Congress Party expressed reluctance over giving Ahmednagar to Congress as a part of the seat-sharing deal in Maharashtra.

His wife, after his exit from the Congress, said she "supported her husband's decision". "As a wife, I support his decision of joining the BJP. I am not interested in politics and we never discuss politics at home. So there will be no differences," Dhanshri had told ANI at that time.

The exit of senior party leader, Sujay had also come as a setback for the Congress.

His father later skipped the Congress-NCP alliance announcement on March 23 amid a war of words with NCP Chief Sharad Pawar over the remarks Mr Pawar had made about his family. "If Pawar despises my family so much, I would rather not campaign for the NCP candidate from Ahmednagar," Radhakrishna Vikhe Patil had said. He had also said his son's decision to join the BJP was "personal".

As a part of the Maharashtra seat-sharing pact, Congress is contesting 26 seats in the state and the NCP will be contesting in 22 seats, including Ahmednagar where BJP's Dilip Gandhi is the sitting lawmaker.