Vikhe Patil's son Sujay has joined the BJP, which has fielded him from Ahmednagar Lok Sabha constituency. 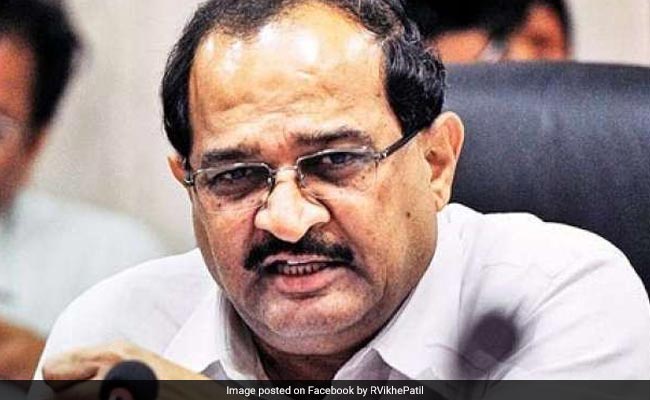 Leader of Opposition in the Assembly Radhakrishna Vikhe Patil was conspicuously absent on Saturday when the Congress and NCP announced firming up of opposition's alliance in Maharashtra.

There were also reports that he was campaigning for the BJP in Ahmednagar, his home turf, which the Congress denied.

Vikhe Patil's son Sujay has joined the BJP, which has fielded him from Ahmednagar Lok Sabha constituency.

The Congress veteran had earlier lashed out at the Nationalist Congress Party (NCP) for not giving up the Ahmednagar seat from its quota for Sujay.

"I will ascertain the facts from him. He wanted Ahmednagar seat for his son. We held discussions with the NCP but the things did not work out," Mr Chavan said at the press conference where he formally announced the alliance of 56 parties for Lok Sabha polls against the BJP-Sena combine in the state.

Asked if the Congress will leave Sangli constituency for Raju Shetti's Swabimani Shetkari Sanghtana, Mr Chavan said discussions were on with local leaders on this issue. "But we are committed to give one seat to Shetti," he said.

Mr Chavan, sitting lawmaker from Nanded, also said he would contest from there if the party asked him to. Rajiv Satav, the other Congress MP from Maharashtra who represents Hingoli, has refused to contest, he said.