Defence Minister Rajnath Singh wrote the Sanskrit word "Om" on the body of the Rafale fighter jet, sprinkled it with flowers, offered up a coconut and placed a lime in front of the wheels - a practice meant to ward off evil 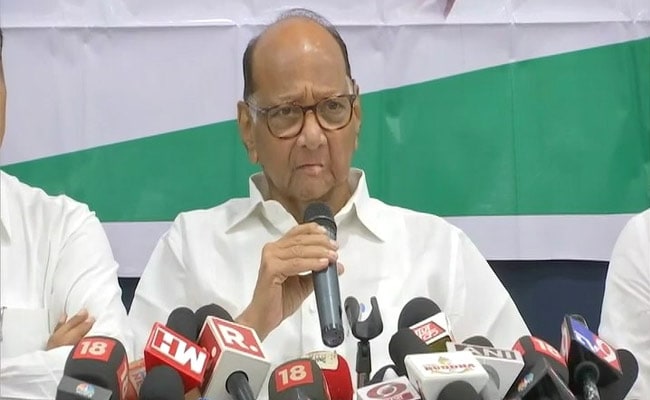 NCP leader Sharad Pawar has joined the debate over the 'shastra puja' performed by Defence Minister Rajnath Singh in front of the Rafale fighter jet handed over by France on Tuesday. Mr Pawar, while acknowledging the Rs 59,000 crore deal was in India's best interests, was left bewildered by the hanging of lemon and chili from the multi-million dollar advanced multirole fighter jet that is widely regarded as one of the deadliest in its class.

"I have no doubts on the decision taken for national security. But, I don't know if it is true, but what can one say when lemon-chili is hung on Rafale aircraft with the idea of protecting it from curse just like it's hung on a newly-purchased truck," Mr Pawar was quoted as saying by news agency ANI.

Sharad Pawar's sarcastic jibe comes a day after his "Abhi toh main jawan hoon" jibe at BJP leaders who accused him of being too old for politics and claimed the NCP-Congress alliance in Maharashtra had given up hope of unseating the BJP-Shiv Sena combine in Assembly elections on October 21.

On Tuesday, after taking formal handover of the first of 36 Rafale jets meant for the Indian Air Force, Rajnath Singh performed a 'shastra puja' - a traditional veneration of weapons on the occasion of Vijaya Dashami. 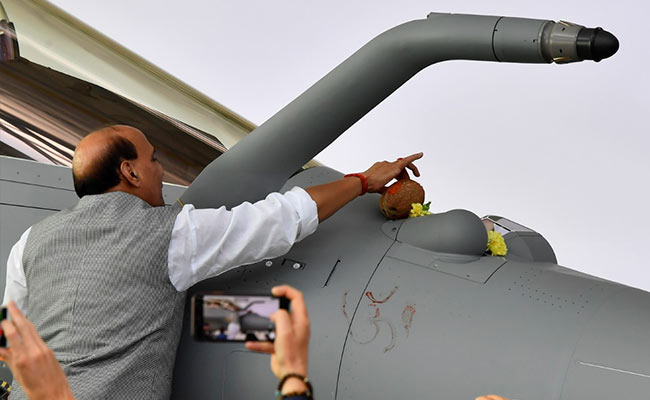 In front of a gathering that included French Defence Minister Florence Parly, Mr Singh wrote the Sanskrit word "Om" on the body of the aircraft, sprinkled it with flowers and offered up a coconut. Finally, he placed a lime in front of the wheels - a practice meant to ward off evil - before flying off on a sortie in the jet.

"The Rafale belongs to France. While being inducted into the Air Force, it was protected with nimbu-nariyal (lemon-coconut). What would the world be thinking? Due to this superstition, such fighter aircraft have to be bought from outside. The day superstition ends, we will build it ourselves," he tweeted in Hindi.

The BJP and Home Minister Amit Shah have hit back at the comments, with Mr Shah pointing out that 'shastra puja' is a long-held tradition in the country.

The centre has also found support from an unexpected quarter - Maharashtra Congress leader Sanjay Nirupam said 'shastra puja' could not be called "tamasha".

"Shastra puja has always been a hallowed religious tradition in our country. The problem is that Khargeji is an atheist. But not everybody in the Congress party are atheists," news agency ANI quoted him as saying.

Delivery of the first batch of Rafale jets, with 13 India-specific enhancements, is expected in May next year. The rest will arrive by September 2022.