India's Response To Ukraine War Based On 6 Principles. Government Explains

Foreign Minister S Jaishankar said the government is examining the various aspects, including the payment aspect, due to the emerging problem in dealing with Russia. 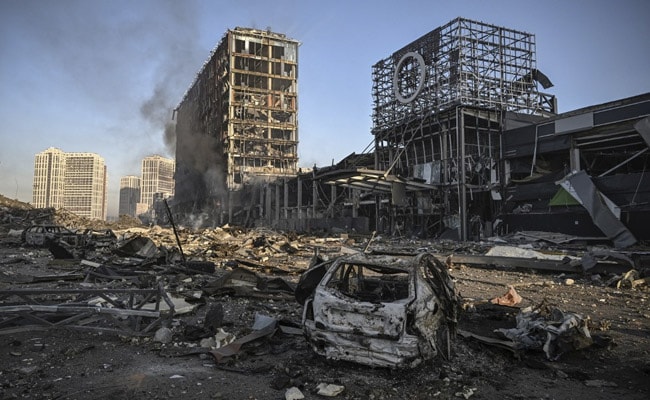 The government is examining various trade-related aspects, including those related to payments, in the wake of the Russia-Ukraine conflict, External Affairs Minister S Jaishankar told the Rajya Sabha on Thursday even as he asserted that the crude oil imported from Russia is very little.

Replying to a supplementary during question hour in the Rajya Sabha, Mr Jaishankar said, "Because of the emerging problem in dealing with Russia, the Government is examining various aspects, including the payment aspect".

He told the House that there is a group within the government composed of different ministries led by the finance ministry to examine these matters.

As regard to oil trade with Russia he stated, "We import very little (crude) oil for Russia. It is less than one per cent of our imports. Many countries import even 20 times more oil than we do (from Russia)".

About the various development in the neighbourhood of India, following the Russia-Ukraine conflict, he stated, "There are many developments in our neighbourhood and we are monitoring those very carefully".

On India's stand on the conflict, he stated, "Our position is not that, this is not our problem. Our position is that we are for peace. When the Prime Minister spoke to Presidents (of Russia and Ukraine), the intent obviously at that time was the evacuation of students...but there was a larger conversation on what we could do which lead to the cessation of hostilities and return of dialogue and diplomacy. I think today that sentiment is widely shared by many countries. We have articulated it very strongly".

He also told the House that India takes note of all international developments, including Russia-Ukraine (conflict), and India monitors it in its own national perspective and fashion strategy in accordance with those developments.

On trade amid the Russia-Ukraine crisis, he said, "Indian foreign policy decisions are made in Indian national interest and we are guided by our thinking, views and interests. So, there is no question of linking Ukraine situation to issues of trade".

India's position on Ukraine is based on six principles, the minister told the House.

Firstly, India calls for an immediate cessation of violence and hostilities, he said, adding that India stands for peace.

Secondly, he said, India believes that there is no other way than the return through the path of dialogue and diplomacy.

The third principle is that India recognised that global order is anchored on law, UN Charter and respect for territorial integrity and sovereignty of all states, according to Mr Jaishankar.

The fourth is that India calls for humanitarian access to a conflict situation, he added.

Lastly, India is in touch with the leadership of both Russia and Ukraine, he said, adding that the Prime Minister himself has spoken to the Presidents of both countries.

He also informed the House in his written reply that "we were able to safely bring home 22,500 Indian citizens, including 147 foreign nationals belonging to 18 countries, from Ukraine since February 2022".

He said that as per available records, India has exported $203.68 million worth of pharmaceutical products to Pakistan from April 2021 to December 2021.

The matter of unpaid dues has been taken up with the relevant authorities in Pakistan through the High Commission of India in Islamabad. Pakistani authorities are yet to revert on the issue, he added.