Law Should Be According To Demand Of Time: Kiren Rijiju On Juvenile Release 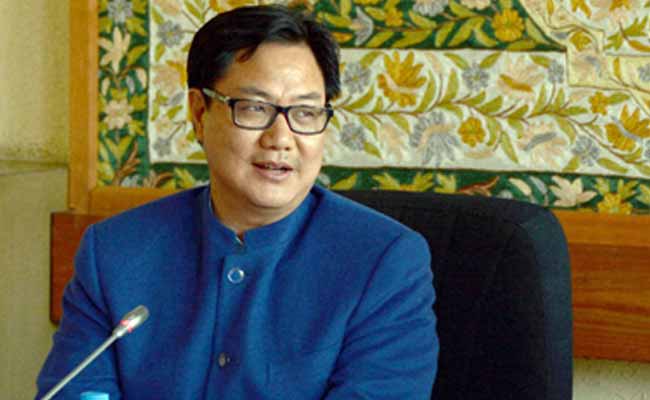 Kiren Rijiju said the order of the top court was "final" and if there was a need to change the law, it can be done only in Parliament.

New Delhi: Amidst a growing chorus against the release of the juvenile convict of the December 16 gangrape case, the Centre on Monday said it was of the view that law should be made according to the need of time and as per society's requirement.

Minister of State for Home Kiren Rijiju, on the sidelines of an event of paramilitary force ITBP, reiterated the Union government had submitted in the court that it was not the right time to release the juvenile convict arrested for the horrific case that took place in 2012.

"We understand the sentiments of the parents of Nirbhaya and other people. But law is law. We think law should be according to the need of the time and what the people want...that is good. I will not say about the judgement (of the Supreme Court on Monday).

"This issue is being raised in Parliament by the members. We have passed Juvenile Justice Bill in Lok Sabha but it cannot happen in Rajya Sabha because Congress disrupted the House and did not allow running of the House...it is stuck. We have two more days and we wish it could be cleared in Rajya Sabha too. But, still there is no retrospective effect. We are trying (to get it passed)... It's not our fault that the house is not running," he said.

The MoS said the Centre had already informed the Court that it would not be correct to release him "now", adding the High Court subsequently gave a decision that Delhi government will have to take steps to rehabilitate and for the mainstreaming of the convict.

"It (HC decision) was appealed in the Supreme Court and I think there should be no comment on Supreme Court's verdict from my side," he said.

Mr Rijiju said the order of the top court was "final" and if there was a need to change the law, it can be done only in Parliament.

"We are examining new provisions of law to handle such cases involving juvenile. The issue is being discussed in Parliament," he said.

During a separate meeting with reporters, the minister refused to comment on the report prepared by the Intelligence Bureau on the juvenile convict.

"We have already submitted the IB report in court. It is not proper to discuss it outside," he said when asked if the National Security Act can be invoked against him.

The minister also refused charges of highhandedness by Delhi Police against Nirbhaya's parents and others who held protests in the heart of the national capital in protest of the juvenile's release from his detention centre.

He said he had talked to Delhi Police and they told him that there was no detention or arrest of the any of the protesters. The police were just undertaking procedures, he said.