The Income Tax department has asked Misa Bharti and her husband Shailesh Kumar to appear before the investigating officer in the first week of June. 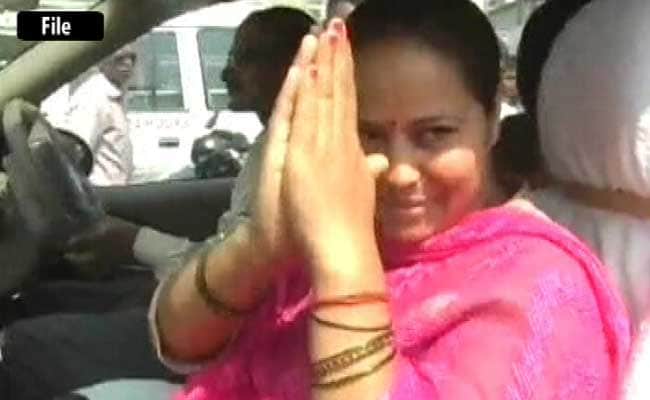 On Tuesday, a Chartered Accountant linked to Misa Bharti was arrested

New Delhi: The Income Tax Department has issued summons to RJD chief Lalu Prasad's daughter and member of Parliament Misa Bharti and her husband in connection with its probe in Rs 1,000 crore alleged benami land deals and a tax evasion case.

The development comes after the arrest of chartered accountant Rajesh Kumar Agrawal by the Enforcement Directorate on May 22. Mr Agrawal is alleged to have aided in illegal transactions involving Lalu Yadav's family.

Officials said the department has asked Ms Bharti, a Rajya Sabha member, and her husband Shailesh Kumar to appear before the investigating officer (IO) in New Delhi in the first week of June.

The department had on May 16 searched multiple premises of about two dozen entities connected to this case and seized documents and computer hardware.

They said the summons to Ms Bharti and Mr Kumar are part of the investigation and their statements will be recorded.

The couple is alleged to have links with a firm -- Ms Mishail Packers and Printers Private Limited -- which is suspected to have entered into benami deals for purchase of a farm house in Delhi's Bijwasan area.

Certain other property deals are also under the scanner of the taxman, they said.

I-T department officials had said they will apply provisions of the newly enacted Benami Transactions Act, 1988, which became operational from November 1 last year, in this case. The law provides for a maximum punishment of seven years in jail and a fine.

The action under this new law will be over and above the legal proceedings under the Income Tax Act, 1961, which relates to charges of domestic tax evasion.

Tax department officials had said Ms Yadav's family held some of the properties under their scanner in a 'benami' way. Benami properties are those in which the real beneficiary is not the one in whose name the property has been purchased.

The RJD chief, however, sought to put up a brave face after the raids, saying he was "not scared at all" and will continue to fight against "fascist forces".

"BJP mein himmat nahi hai ki Lalu ki awaz ko daba sake... Lalu ki awaz dabayenge to desh bhar me karoron Lalu khare ho jayenge... Main gidarbhabhki se nahi darne wala hoon (BJP does not have the courage to stifle my voice... If it tries to silence one Lalu, crores of Lalu will come forward. I am not scared of empty threats)," he had said in a series of tweets after the search operation.

The BJP had also accused Lalu Yadav, Misa Bharti and his two sons Tejashwi and Tej Pratap, both Bihar government ministers, of being involved in corrupt land deals worth over Rs 1,000 crore, and asked the central government to probe one such transaction in Delhi.

Union minister Ravi Shankar Prasad had alleged that these transactions were a case of "quid pro quo", suggesting that money was paid in return for favour, as they dated back to the period when Lalu Yadav was the railway minister, and dared Bihar Chief Minister Nitish Kumar to take action against him.

Promoted
Listen to the latest songs, only on JioSaavn.com
Lalu Yadav's RJD is a constituent of Bihar's ruling coalition led by Mr Kumar.

Mr Yadav's official residence was the address of the owners of the firms allegedly floated by his family members, Ravi Shankar Prasad had said.