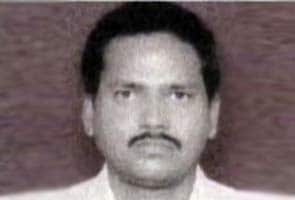 Three policemen were convicted of murder while ten of aiding and abetting the encounter on November 11, 2006. The other eight are civilians.

On July 5, Mumbai Police cop Pradeep Sharma, who has 112 encounters to his 'credit', was acquitted by the court in the same case.

Lakhan Bhaiya was considered to be underworld don Chhota Rajan's close aide. Four days after his killing, his brother moved the Bombay High Court alleging that Bhaiya was killed in cold blood by the Mumbai Police.

The inquiry found that the bullet that killed Lakhan Bhaiya was hit from point-blank range. Sharma was part of the squad that allegedly staged the encounter. The then Mumbai Police Commissioner A N Roy had filed an affidavit tendering an apology in the case.

Those convicted for murder and conspiracy are Tanaji Desai, Pradeep Suryavanshi and Dilip Palande.

Promoted
Listen to the latest songs, only on JioSaavn.com
Investigations into the case revealed that Bhaiya was picked up by Pradeep Sharma's team from Vashi along with Anil Bheda and later eliminated the same evening in an alleged encounter near Nana Nani Park at Versova in western suburban Mumbai.

On March 13, 2011, Bheda, the key witness to the encounter, also went missing from Vashi. His decomposed body was found by the Navi Mumbai Police two months later on June 30.