Karnataka political crisis: "The BJP is trying to sabotage non-BJP governments. They want to weaken regional parties. This is not right," Mallikarjun Kharge said

Karnataka Government: The year-old coalition has been wobbly from the start.

The BJP is engineering defections to overthrow governments in states ruled by the opposition parties, senior Congress leader Mallikarjun Kharge said a day after 11 lawmakers of the Congress-JDS coalition in Karnataka resigned. It is the BJP who took to Mumbai in a private jet and kept them in a five-star hotel on Saturday night, the party said.

The latest round of resignations takes the number of exits from the ruling alliance to 14. All took place after Janata Dal Secular chief and Chief Minister HD Kumaraswamy went to US on a private visit after the Lok Sabha elections. The Chief Minister and state Congress chief Dinesh Gundu Rao, who was also away, are rushing back to Bengaluru.

"The BJP is trying to sabotage non-BJP governments. They want to weaken regional parties. This is not right... The centre is directly involved in the turmoil..." said Mr Kharge, as the Congress-Janata Dal Secular coalition government in Karnataka appears to be teetering on the edge of collapse.

Alleging that the legislators were taken away by the BJP in a special flight, Mr Kharge said the party is in still in touch with them. "We will get a clear picture on the July 12," he added. The assembly session starts that day.

Mr Kharge also denied reports he could be made the chief minister. "These are all flimsy information being fed to the press just to divide us," he said. 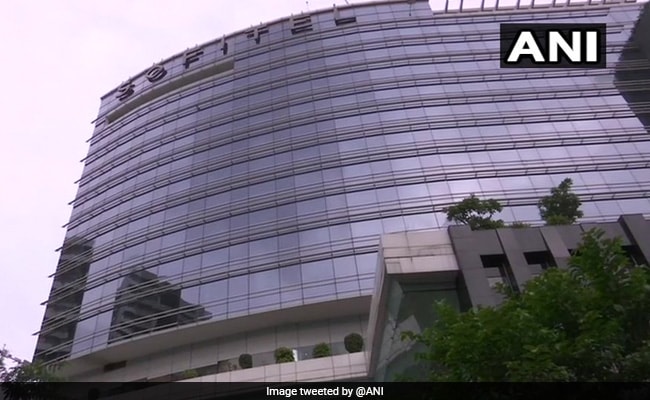 The lawmakers have been taken to the hotel in Mumbai

While two Congress legislators stepped down on Monday, on Saturday afternoon, eight Congress and three Janata Dal Secular members submitted their resignations to the Speaker. All 11 legislators also met the Governor at the Raj Bhavan before being flown out to Mumbai.

H Vishwanath, a lawmaker of the Chief Minister's JDS, who gave his resignation to the assembly Speaker, resigned as JDS state president just days ago.

If the resignations are accepted, the year-old ruling coalition will no longer have majority in the assembly.

The Congress and the JDS together have 118 members in the 224-seat state assembly, along with one BSP and one Independent member. The defections will bring its numbers down to 105 and the majority mark in the assembly from 113 to 106. The BJP, which also has 105 legislators, has said it should be invited to form a new government if the ruling coalition lacks the numbers.

Karnataka BJP chief BS Yeddyurappa, who earlier predicted that the government will collapse after the Lok Sabha elections, said his party has nothing to do with the exodus. His 'prediction' had pushed the Congress and the JDS to accuse the BJP of engineering defections.

"I don't want to answer to what HD Kumaraswamy and Siddaramaiah say. I am nowhere related to this," Mr Yeddyurappa told news agency ANI.

After Saturday's resignations, Deputy Chief Minister G Parameshwara and Mr Shivakumar - the Congress troubleshooter who has spent the last year trying to keep the flock together - called an emergency meeting.

This morning, Congress general secretary in-charge Venugopal is holding a meeting with top Congress leaders at a hotel, which is being attended by  Siddharamaiah, Eshwer Khandr, M B Patil, DK Shivakumar and others. Later today, Mr Shivakumar will meet  party patriarch HD Deve Gowda.