The BJP gained Karnataka after a series of twists and turns and a rare pre-dawn court intervention, setting the stage for behind-the-scenes political maneuvering to prove its majority. 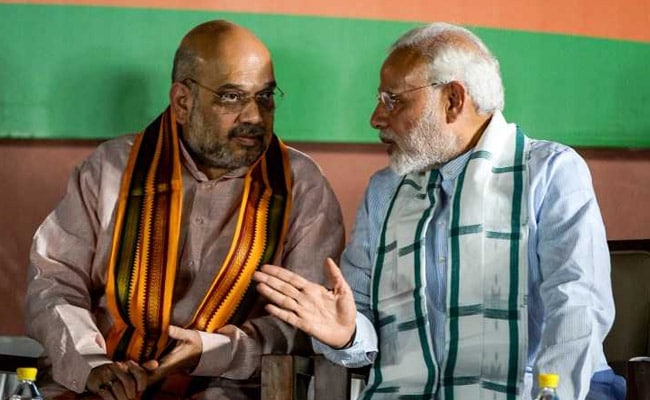 India's Prime Minister Narendra Modi has eked out a narrow, uncertain victory following a bitterly-fought state election in the south Indian state of Karnataka, with its minority government sworn in this morning.

The Bharatiya Janata Party gained Karnataka after a series of twists and turns and a rare pre-dawn court intervention, setting the stage for behind-the-scenes political maneuvering to prove its majority. The BJP won 104 seats in Karnataka's 224-member legislature, more than any other party but eight short of the majority, according to the Election Commission of India.PM Modi's party has been given 15 days by the governor to get the required number.

The opposition parties challenged the governor's actions and petitioned the Supreme Court to stay the swearing in ceremony. The top court, which started the hearing around 2 a.m. local time Thursday and ended about at 5.25 a.m., said the formation of the government is subject to final outcome of the case.

A successful outcome is key to rejuvenate party members and reverse PM Modi's declining popularity after local defeats in the states of Uttar Pradesh, Bihar and Rajasthan. By extending the BJP's rule to south India, outside the party's traditional support bases in northern and western India, gives them much needed momentum for 2019 federal polls.

"The election outcome, regardless of who controls the government, already shows the BJP remains popular, they can swing states that are otherwise challenging to win, and still have a superior political strategy," said Shailesh Kumar, Asia director at political risk firm Eurasia Group. "We expect the BJP to convince the necessary number of legislators to switch sides and allow the BJP to prove its majority in the next 15 days," he said.

The BJP's chief ministerial candidate, B.S. Yeddyurappa, was sworn in Thursday by the Governor Vajubhai Vala at a televised ceremony in Bengalaru, the state capital and India's technology hub.
Coalition Bid

The Congress party, which had ruled the state of more than 61 million people for the last five years, won in 78 seats, while a regional party, the Janata Dal (Secular), secured 37 seats, the election commission said.

The two parties had earlier approached the state's governor in attempt to rule as a coalition. But the governor instead asked PM Modi's party to try and prove its majority.

"In a sense B.S. Yeddyurappa's oath is provisional," Abhishek Singhvi, a leader of the Congress Party, said in a tweet. "Supreme Court can change interim order tomorrow." It is due to sit again on Friday.
Congress president Rahul Gandhi tweeted: "This morning, while the BJP celebrates its hollow victory, India will mourn the defeat of democracy."

By extending the BJP's rule to south India, outside the party's traditional support bases in northern and western India, it now controls 21 of 29 Indian states. It further weakens the Congress party, which has ruled India for most of its independent history, by reducing its hold on powerful state governments to just one, in Punjab.

"For the BJP, while an outright win would have been ideal, the current numbers are still a positive and critical indicator of their standing," Kumar said. "If they go on to control and hold the government, it further erodes Congress' control over states."

However, the Karnataka outcome highlights a key risk for PM Modi: the prospect that opposition parties could team up to try and keep the BJP out of power in upcoming elections, like they did in a 2015 state election in Bihar.

Promoted
Listen to the latest songs, only on JioSaavn.com
"Its well-defined party structure, with clear authority lines and highly motivated members, sits in stark contrast to the Congress, which is still plagued by an inability to restructure and re-organize itself in a substantial manner under party president Rahul Gandhi," Rao said.