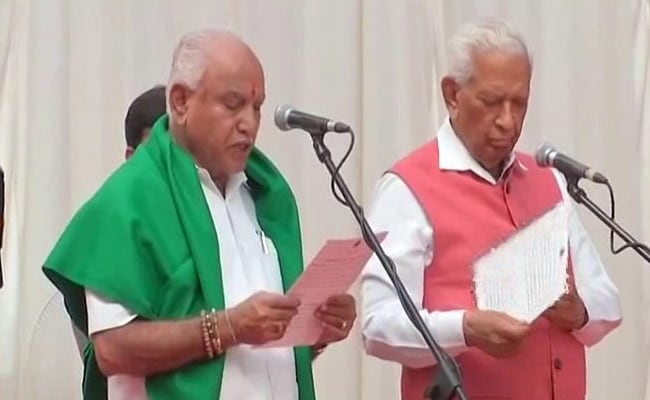 Bengaluru: BJP's BS Yeddyurappa took oath as the Chief Minister of Karnataka today after a rollercoaster day and a night-long court-room battle. The rare post-midnight sitting of the court took place after the Congress and ally JD(S) challenged Governor Vajubhai Vala's decision to invite the BJP to form government despite the strength of alliance numbers. The BJP has 105 lawmakes, including an Independent, in comparison to the 117 lawmakers of the alliance in the 224-member assembly. Mr Yeddyurappa has 15 days to prove his majority. The court said while it is allowing the oath to proceed, it would be "subject to the outcome of the case".