Justin Bieber Concert In India: How 'Beliebers' From Out Of Mumbai Are Prepping

Justin Bieber's fans are already in Mumbai, a day before the Baby hitmaker's concert at DY Patil Stadium on May 10 and they cannot contain their excitement 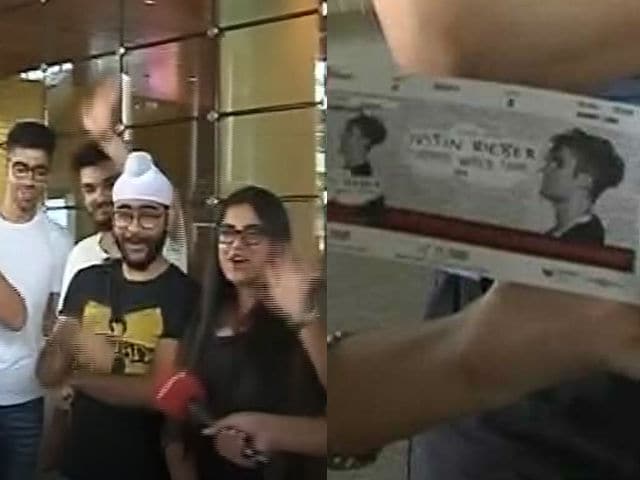 
Fans are leaving stone unturned to ensure they arrive for the concert on time to watch their favoruite singer perform. According to a mid-day report, Mahalaxmi Racecourse has witnessed a rise in the number of helicopter bookings and D Singh, Helicopter landing officer, said, "I have reason to believe that most are for the Justin Bieber concert."

Justin Bieber will be choppered into the DY Patil stadium between 5 pm - 6 pm and the singer with his team of 25 performers will start the show at 8 pm. Justin Bieber's performance will include old favourites like Baby and Boyfriend, and new hit tracks like What Do You Mean?, Get Used to It, Company and No Pressure.

Promoted
Listen to the latest songs, only on JioSaavn.com
Justin Bieber will perform tomorrow as part of his Purpose Tour to promote his latest album of the same name.

Tell us if you are attending Justin Bieber's concert in Mumbai tomorrow in comments section.

High Court Orders Lockdown In 5 UP Cities, State Refuses To Impose It