Justin Bieber Concert In India: When And Where To Watch The Purpose Tour Live

Justin Bieber is all set to enthral the Indian audience at Mumbai's DY Patil Stadium tomorrow. The concert will be Justin Bieber's maiden performance in India 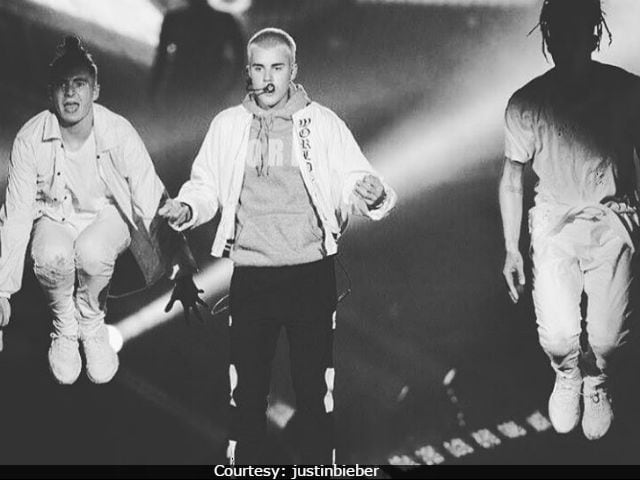 New Delhi: Popstar Justin Bieber is all set to enthral the Indian audience at Mumbai's DY Patil Stadium on May 10 (Wednesday). The concert will be Justin Bieber's maiden performance in India. Security has been beefed up in Mumbai and news agency IANS reports that a turnout of 45,000 is expected (Quite obvious). Salman Khan's bodyguard, Shera, has been reportedly been made the in charge of Justin Beiber's security for the Purpose Tour. The pop icon is expected to reach Mumbai today. Justin Bieber will tour the city in Rolls Royce vehicle. Also, he will be provided Z level security by the Mumbai Police.

Now, let's have a look at how Justin Bieber has planned to entertain the audiences. Excited much? Here you go.

Justin Bieber's performance will include his hit tracks like Baby, Boyfriend, What Do You Mean?, Get Used to It, Company and No Pressure.

If you are planning to watch the concert live, here are few points to keep in mind

WHERE WILL JUSTIN BIEBER PERFORM?

Justin Bieber will perform at Mumbai's DY Patil Stadium on May 10. 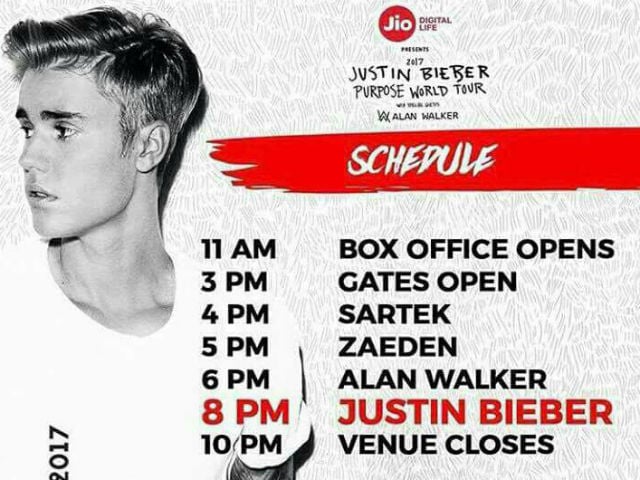 - The entry for the concert starts at 2pm and the performances commence from 4pm. However, do keep checking the social media accounts of the organisers in case there are changes.

-Justin Bieber will be joined by 25 dancers. His 90-minute performance will start at 8 pm.

- You can expect Justin Bieber to take his guitar and perform to Cold Water and Love Yourself. Also, how what if we tell you play that the singer is also expected to play a solo drum set.

- A special JB Pit is being created to accommodate 350 special fans, who can watch Justin Bieber closely. You can also be one of the few lucky people to join Justin Bieber onstage.

WHERE CAN YOU FOLLOW THE JUSTIN BIEBER CONCERT ONLINE?

- Professional photography is not permitted at the concert. Mobile phones are permitted.

- You should carry enough cash as ATM's are limited.

- Children below the age of 12 are not permitted.

- Carrying proper ID card is a must along with e-ticket print out. This is a wrist-band access festival. In case wrist-bands are taken off, a replacement won't be issued.

- Re-entry not permitted for the entire period of the event.

- Outside food and beverages are not allowed in the venue.

-The production design will be one of the main highlights of the concert (of course after Justin Bieber). The main stage will have an unprecedented 600 moving lights and 300 square meters of LED displays.

COMMUTING TO THE VENUE

-10 party buses with an illusionist, stand-up comedian and karoke session, quiz games to and fro from from Bandra, Andheri and Juhu to the stadium.

-At the stadium there will be accommodation facilities.

Promoted
Listen to the latest songs, only on JioSaavn.com
- People can also book choppers to commute. In case, you are interested, the helicopters are being booked at the Mahalaxmi Racecourse, reports mid-day.

Meanwhile, it is being reported that Justin Bieber will make an appearance in Karan Johar's chat show Koffee With Karan Season 6. However, there's no official confirmation as of yet.