Justin Bieber Will Be Choppered To The Stadium, So Will Some Fans

Justin Bieber Concert: The Purpose World Tour concert is expected to start at 4 pm on Wednesday, which is the time around when helicopters are being booked at the Mahalaxmi Racecourse in Mumbai 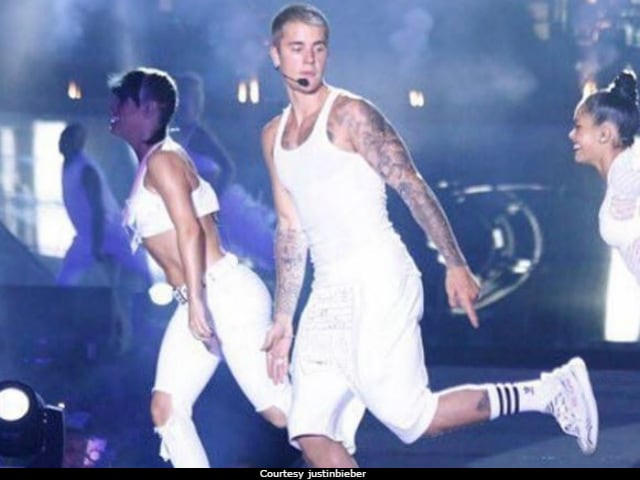 New Delhi: Justin Bieber's Mumbai concert is just a day away and fans are super-busy with preparations to attend the first-of-its-kind gig. Preparations include means to avoid traffic gridlock on the busy streets of Mumbai and booking choppers instead for a quick and smooth arrival at Mumbai's D Y Patil Stadium. The Purpose World Tour concert is expected to start at 4 pm on Wednesday, which is the time around when helicopters are being booked at the Mahalaxmi Racecourse, which includes the helipad of Royal Western India Turf Club, reported mid-day. D Singh, the helicopter landing officer at Mahalaxmi Racecourse, told mid-day: "We are getting so many inquiries. I have reason to believe that most are for the Justin Bieber concert." D Singh also added that the number of bookings is expected to go up from the usual because of the Justin Bieber concert.

The Royal Western India Turf Club helipad is accessible at a rate of Rs 38,000 for non-members and Rs 16,000 for members, for half hour slots.

D Singh also revealed that between 4 pm and 5:15 pm on Wednesday, two slots have been occupied - one particularly for Justin Bieber and part of his entourage and the other for fans who will attend the concert. "These are for Justin Bieber and some select passengers. Bieber will take off in one of these to the venue; these are fairly big multi-engine choppers accommodating 11 to 12 passengers," mid-day quoted him as saying. Though entry to the concert will open at 2 pm, Justin Bieber is expected to arrive at the venue sometime between 5 pm and 6 pm, landing at the ground adjacent to D Y Patil stadium.

Promoted
Listen to the latest songs, only on JioSaavn.com
Upon his arrival in India, Justin Bieber will tour the city in a Rolls Royce vehicle while arrangements for luxury sedans and two buses have been made for his entourage.

While in India, Justin Bieber's security will be headed by Salman Khan's bodyguard Shera, who has been with the superstar for 20 years. The pop sensation will also be provided Z level security by the Mumbai Police. Meanwhile, Justin Bieber will reportedly make an appearance in Karan Johar's chat show Koffee With Karan during his stay in India.