Justice Karnan has also moved a petition in the apex court seeking recall of the May 9 order but has been denied urgent hearing by the CJI. 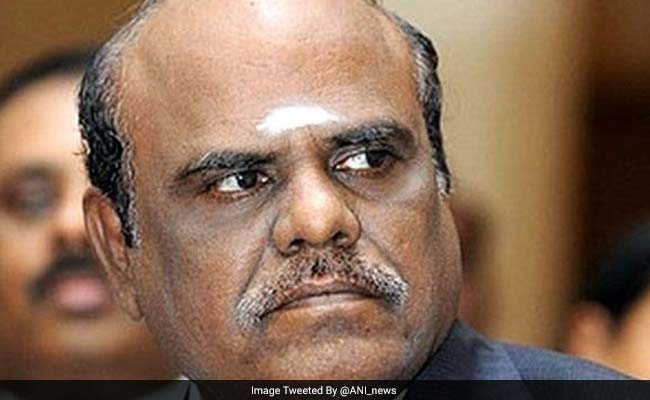 Calcutta High Court judge Justice CS Karnan has been sentenced to prison by the Supreme Court.

New Delhi: The lawyers representing Calcutta High Court judge C S Karnan today claimed that a representation has been made to the president seeking suspension of the Supreme Court order sentencing him to six months imprisonment for contempt of court.

However, the president's office said, "It was not aware of any such representation."

The lawyers said a memorandum/representation under Article 72 of the Constitution was sent through e-mail on behalf of Justice Karnan seeking "suspension/stay of his sentence of six months imposed on him" by a seven-judge bench headed by Chief Justice J S Khehar.

Article 72 states that the President shall have the power to grant pardons, reprieves, respites or remissions of punishment or to suspend, remit or commute the sentence of any person convicted of any offence.

The representation prepared by Justice Karnan's counsel Mathews J Nedumpara and A C Philip referred to the developments since the May 9 judgement.

His lawyers had earlier claimed that the judge had shot off letters to the president, the prime minister and others against his jail term.

Justice Karnan has also moved a petition in the apex court seeking recall of the May 9 order but has been denied urgent hearing by the CJI.

(Except for the headline, this story has not been edited by NDTV staff and is published from a syndicated feed.)
Comments
Justice KarnanImprisonmentPresident Pranab Mukerjeejail term