According to reports, BJP president JP Nadda discussed the strategy of Delhi Municipal Corporation's election and issues to be raised by the party during the Delhi civic body polls. 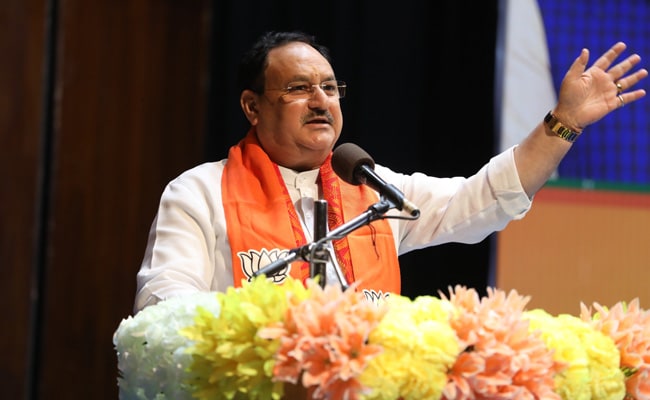 According to the party sources, the meeting took place to discuss the strategy of Delhi Municipal Corporation's election, the candidatures of the election and issues to be raised by the party during the election.

"Pros and cons after delimitation of MCD ward were also discussed in the meeting," sources told ANI after the meeting.

The total number of civic body polls' wards in the national capital reduced from 272 to 250 following a notification issued by the Ministry of Home Affairs on Tuesday pertaining to the redrawing of wards of the Delhi civic body- Municipal Corporation of Delhi (MCD).

After the 'delimitation' of MCD wards by the central government, the total number of wards in the MCD will amount to 250 of which 42 are decided to be reserved.

Notably, AAP Delhi raised concerns that there is no equal distribution of population in the delimitation of wards. Aam Aadmi Party leaders had also lodged their objection by meeting the state election officials.

It is worth mentioning that the draft of the delimitation was prepared on 12 September itself and till 3 October it was being reviewed.