"They Don't Want Truth To Come Out": Journalist Arrested At Farmers' Stir

Mandeep Punia was arrested on Saturday from the farmers' protest in Singhu and released three days later on bail. 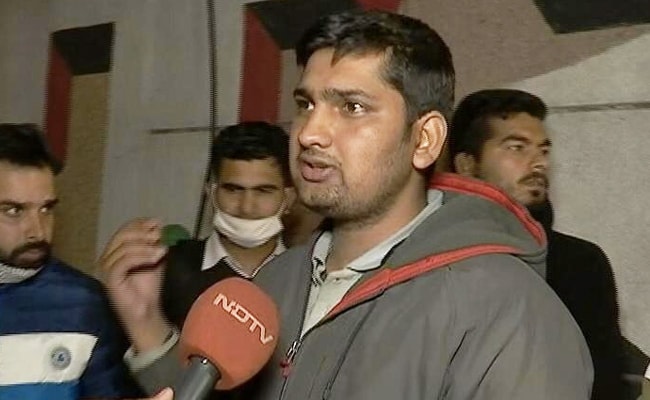 Mandeep Punia said he was brutally beaten up by the police in custody.

Journalist Mandeep Punia, who was arrested by the police from the farmers' protest on the outskirts of Delhi and released on bail Tuesday, has said he is undeterred by the brutal treatment in custody and will go back to report on "people persecuted by those in power".

An NDTV interview of the journalist on Thursday collected more than a million views in 24 hours on YouTube, demonstrating the popularity of Mr Punia, who walked out of jail having scribbled "notes" on his body to write a story on those he met inside.

The 43-year-old independent journalist who contributes to The Caravan magazine among others, detailed how he was arrested on Saturday, beaten up and falsely accused of assaulting police officers and obstructing them.

That's when, he said, the police first pulled another journalist Dharmendra Singh standing next to him. "When I protested, one of them shouted 'This is Mandeep Punia. Take him too'. They kept hitting me with sticks and abused me," he said.

"I was taken to a tent and beaten there too. They broke my small mirrorless camera and my Samsung phone. They threw away my ID cards," Mr Punia said.

"Then they put me in a white Scorpio and took me to three-four police stations. Then around 2 am, I was taken for a medical check-up. The police even tried to influence the doctor saying 'The case involves staff. So please take care of it'. But I am grateful that the doctor said he was going to examine all injuries I had, Then I was taken to the lockup around 3 am," he said.

"I think the police knew my name because I had been speaking to policemen all day to take their statements. And, I had reported on the stone-throwing on farmers a day ago. I had reported how the people who attacked farmers had links to the BJP," Mr Punia said.

In jail, the journalist said he received a warm welcome from other prisoners who were mostly farmers. "Everyone treated me very well in jail. All prisoners seem to know me and my name over there. They knew that the police had beaten me," he said.

"Going in, I thought was a victim of the system. But there I saw how these people in jail were far bigger victims. These farmers had blue bruises on their legs from all the beatings. I understood how important it was to report for people who had been persecuted by those in power. Because people in power don't want the truth to come out," Mr Punia said.

"That's why I arranged for a pen and started to take notes on my body. I took down the names of farmers and their accounts. I even met the 70-year-old priest of the gurdwara from Haryana Chief Minister Manohar Lal Khattar's village. Even he had been arrested just because he was feeding the farmers on protest," he said.

"I will definitely go back to the protest site because it is very important to report about these people who are being persecuted by those in power. I will go back and report about the farmers' protest with the sensitivity it requires," Mr Punia said.

Mandeep Punia's arrestover the weekend coincided with a police crackdown on the two-month-long farmers' protest on the outskirts of Delhi against the centre's new agricultural laws, spurred by violence on Republic Day in the capital between sections of a tractor parade by demonstrators and cops.

Since January 26, the protesters have been asked to vacate one of the sites, authorities have snapped internet services, dug up roads, installed spikes, and multi-layered barricades to choke the farmers' movement. Journalists have been stopped from reaching the camps as well.