The article cited eyewitnesses accounts as well as NDTV reports to recreate a vivid picture of the chaos that erupted on the university campus on Sunday. 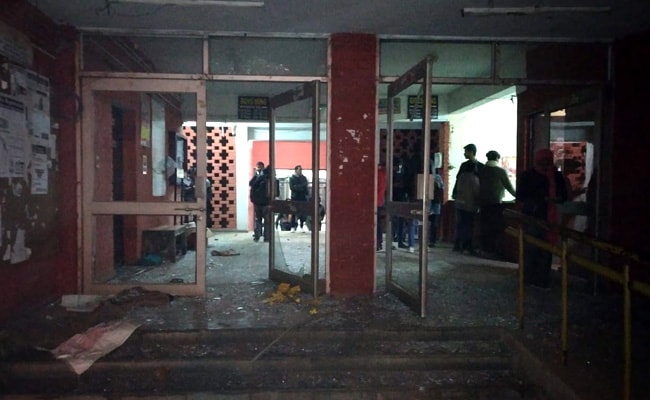 The NYT article also described how the attackers vandalised the university campus.

A group of masked attackers, who targeted Delhi's Jawaharlal Nehru University on Sunday, rushed into the campus and assaulted students, faculty members and even medics with cries of "Jai Shri Ram", the New York Times has reported quoting witnesses, recreating a vivid picture of the chaos that erupted on the campus of one of India's most prestigious universities.

The article also cited NDTV reports and individual Twitter posts to describe how the culprits charged down a hallway in one of the university buildings, raising bats as the cornered students defiantly screamed: "Get out!" A video of this particular episode has been shared widely on media platforms as well as the social media.

The report, which went with the headline "Masked Men Attack Students In Rampage At University In New Delhi" also highlighted the assault on Aishe Ghosh, president of the Jawaharlal Nehru University Students Union, who suffered a head injury. "I have been brutally attacked," the report quoted the student leader as saying with "hair matted with blood" in an NDTV video. "I am not even in a condition to talk."

At least 42 people were injured in the attack, some of them seriously, the article reported. It quoted students as saying that it was carried out by members of the Akhil Bharatiya Vidyarthi Parishad or ABVP, a BJP-linked student body, but went on to add that the group has denied involvement.

Citing students as its source, the article said that the attack was related, at least in part, to continuing protests among campus groups over the hostel fee hike. "They (the students) also said the attackers targeted liberal leaders among the student body, and those who had been vocal about their opposition to... policies endorsed by (Prime Minister Narendra) Modi's governing Bharatiya Janata Party," it added.

The article went on to cite police crackdown on other protests against the controversial Citizenship Amendment Act since early December. "Last month, at Jamia Millia Islamia, also in New Delhi, the police used force against student protesters and others, lobbing tear gas canisters into a library, firing into crowds and partially blinding a student. That university, like the Jawaharlal Nehru University, has a history of liberal activism," it said.