'Scared To Go Back To JNU For The First Time': Professor Hurt In Attack

Sucharita Sen was among 34 faculty members and students injured in violence unleashed by a gang of 70 to 100 masked assailants on the JNU campus.

Sucharita Sen said the assailants targeted students and faculty members with stones of all sizes.

Sucharita Sen has been associated with the Jawaharlal Nehru University for the last 20 years, having joined the renowned institution as a student before going on to become a professor in its teaching faculty. Today, she is scared to go back there for the first time in her life.

Ms Sen was among at least 34 faculty members and students injured in the violence unleashed by a gang of 70 to 100 masked assailants on the Jawaharlal Nehru University campus on Sunday evening. Although the Delhi Police claim to have identified some of the culprits from emerging video clips and photographs, they have been accused of doing little other than blocking the institution's gates at a time when the assailants -- allegedly affiliated to the RSS-linked Akhil Bharatiya Vidyarthi Parishad -- were going from hostel to hostel indiscriscrimately assaulting students and faculty members with iron rods, stones and blunt weapons. 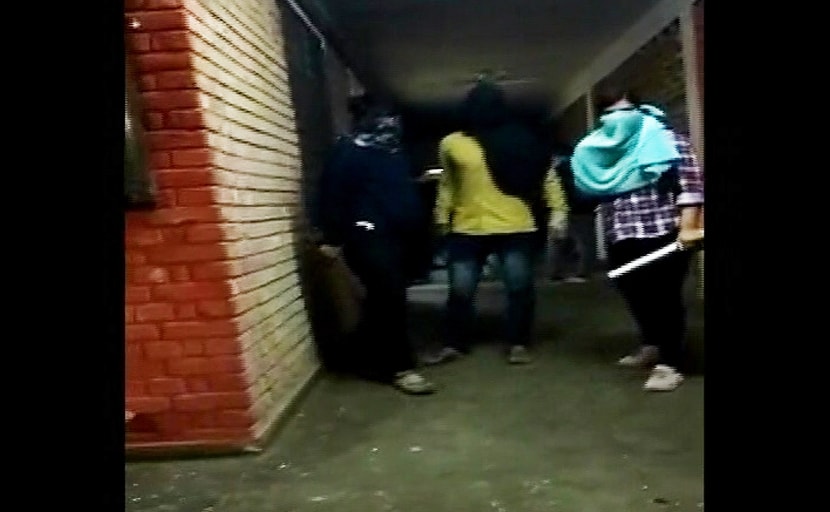 Many of the masked assailants were armed with iron rods and sticks.

The professor at the Centre For Studies of Regional Development said students and faculty members had assembled to discuss the "overall violence-like situation in and around the campus" when word came in that a group of assailants had entered the campus.

"Most of them were masked, and armed with hockey sticks and lathis. They threw stones of all sizes and I was hit on my shoulder," Ms Sen told NDTV. "Then one of them hit me on the head with a stone about the size of half a brick."

The faculty member said she was first taken to the health centre on the university campus and then to the All India Institute of Medical Sciences, where she was diagnosed with lacerations and deep cuts.

Among the others injured in the shocking incident was Jawaharlal Nehru University Students Union (JNUSU) president Aishe Ghosh, who was seen describing the manner in which she was attacked with blood streaming down her face in a video that emerged on Sunday night. "I have been brutally attacked by goons wearing masks. I have been bleeding. I was brutally beaten up," she said before being rushed to the All India Institute of Medical Sciences. 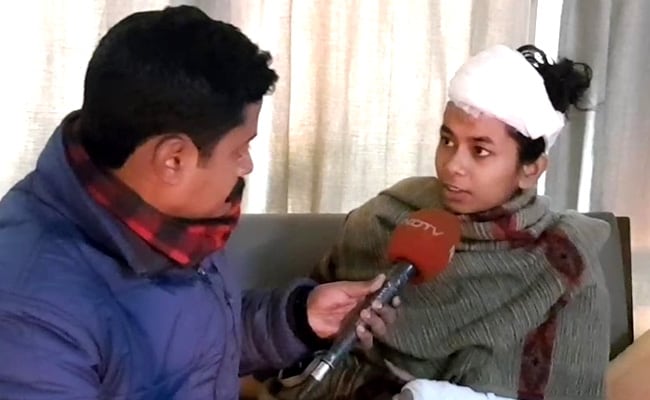 While Chief Minister Arvind Kejriwal wondered how the country could progress when students are "not safe inside university campuses", JNUSU leader-turned-CPI politician Kanhaiya Kumar described it as a scenario where the BJP-led centre is "waging war" against students. The incident was also condemned by Union Ministers Nirmala Sitharaman and S Jaishankar.

The JNUSU has demanded the resignation of Vice-Chancellor Mamidala Jagadesh Kumar, accusing him of orchestrating the attack on students. "This vice-chancellor is a cowardly vice-chancellor who introduces illegal policies through the backdoor, runs away from questions of students and teachers and then manufactures a situation to demonise JNU," it said, referring to the university administration's efforts to hike hostel fees in the face of strong opposition.