Proving flights is the last step before the airline can be granted air operator certificate. 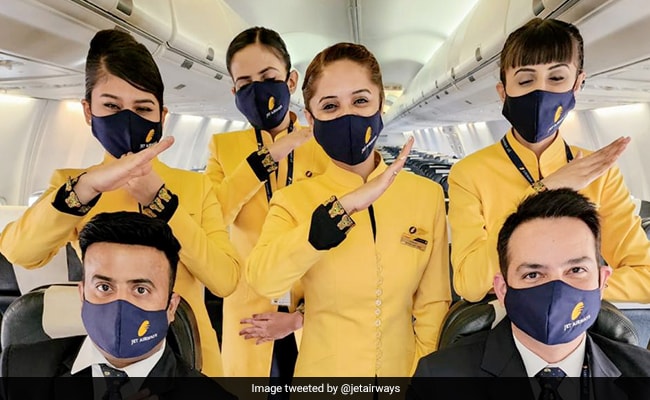 The airline plans to restart commercial flight operations in July-September quarter this year.

Jet Airways has completed the second, and the last, set of two proving flights and now awaits the grant of air operator certificate (AOC) by aviation regulator Directorate General of Civil Aviation (DGCA), its owner Jalan-Kalrock Consortium said on Tuesday.

Proving flights is the last step before the airline can be granted air operator certificate. A total of five landings (five flights) have to be done by the aircraft to successfully complete its proving flights.

"We have successfully conducted our proving flights over two days, and we now look forward to the grant of the AOC by the DGCA," the spokesperson of Jalan-Kalrock Consortium said in a statement today.

The flight had 31 people on board, including officials from the aviation regulator, news agency PTI reported quoting unnamed sources.

The airline in its old avatar was owned by Naresh Goyal and had operated its last flight on April 17, 2019. The Jalan-Kalrock Consortium is currently the promoter of Jet Airways.

The airline plans to restart commercial flight operations in July-September quarter this year.