A team of the CBI and I-T officials reached Ms Natarajan's residence in Chennai and handed over the records to the taxmen, highly-placed sources said. 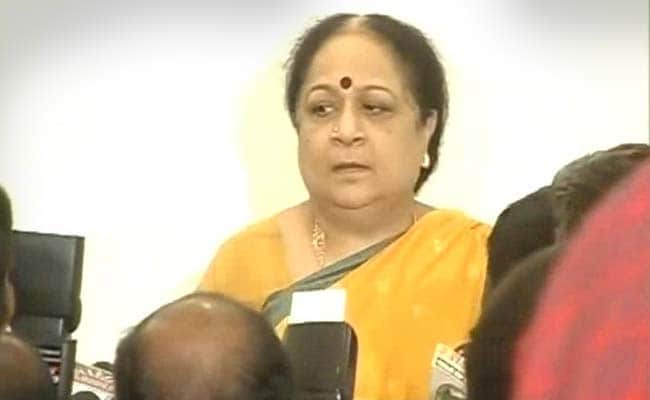 New Delhi: The CBI today handed over to the Income Tax department crucial documents in connection with a case of alleged irregularities in giving clearance to a mine in Jharkhand against former Union environment minister Jayanthi Natarajan.

A team of the CBI and I-T officials reached Ms Natarajan's residence in Chennai and handed over the records to the taxmen, highly-placed sources said.

The documents were seized and kept sealed by the CBI at the former minister's residence following the searches there in September this year, they said.

The sources said the tax authorities had requested the CBI to hand over the files to the former for their probe into the case.

The CBI had booked Ms Natarajan for alleged abuse of her official position in diverting forest land for a steel plant in Jharkhand in violation of law.

The agency had registered an FIR against her in connection with the clearance given during her tenure (in 2012) for the diversion of forest land for mining, in alleged violation of law and against the advice of officials, CBI sources familiar with the matter said.

Apart from Ms Natarajan, the agency had also booked Umang Kejriwal, then managing director of Electrosteel Casting Limited (ECL), and the company.

The case pertains to diversion of forest land in Saranda Forest in Singhbhum district of Jharkhand to ECL in alleged violation of the Forest (Conservation Act).

Promoted
Listen to the latest songs, only on JioSaavn.com
The permission for the same was denied by former Minister of State for environment Jairam Ramesh, but granted when Ms Natarajan assumed office. She was MoS with independent charge of the ministry between 2011 and 2013.

"Jayanthi Natarajan, then Minister of State for environment and forests, accorded the approval for diversion of 55.79 hectares of forest land for non-forestry use to ECL, though the same had been rejected by the earlier MoS...without any change in the circumstances after rejection," the CBI FIR stated.