The news of civilian deaths in Kulgam led to more clashes between students and security personnel in Sopore. All schools and colleges in Kulgam have been asked to stay close and internet services remain suspended across south Kashmir 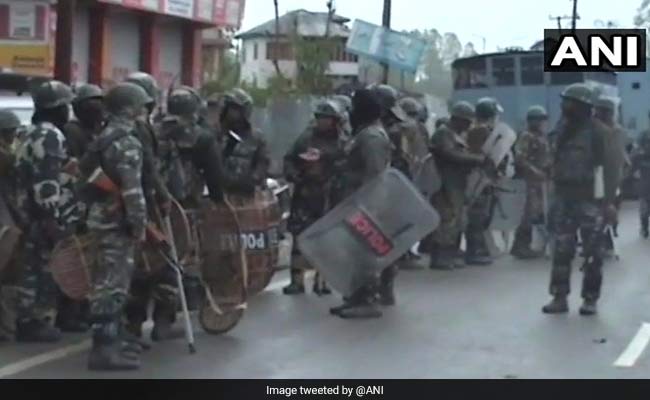 Security forces were informed of the presence of two to three Lashkar-e-Taiba (LeT) terrorists in Kulgam.

Srinagar: An Army jawan and three civilians, including a 15-year-old, were killed in an ongoing gun battle between security forces and terrorists and the ensuing clashes in Jammu and Kashmir's Kulgam district, officials said. The condition of another jawan is said to be critical. At least 35 people were injured when locals attacked security personnel with stones, they said.

Following a tip-off about the presence of two to three Lashkar-e-Taiba (LeT) terrorists in Khudwani, security forces laid a trap and began combing the area last night, officials said. A gun battle erupted when terrorists opened fire at security personnel in the early hours.

Initially, three personnel were injured. An Army jawan died of his injuries later, the officials said.

As the gun battle raged, locals poured out of their homes and threw stones at security forces who fired in order to disperse crowds. Bilal Ahmad Dar, 17, and 28-year-old Sharjeel Sheikh, who were injured in the clashes between locals and the forces in Wani Mohalla died at a hospital.

Faisal Elahi, 15, was rushed to a hospital with critical bullet injuries, but he couldn't be saved.

The security forces said that they had to open fire to discourage the locals from breaking the cordon. "They wanted to disrupt the operation," an officer said.

The news of civilian deaths in Kulgam led to more clashes between students and security personnel in north Kashmir's Sopore town. Students of Kashmir University also protested against the security forces.

As the situation remains tense, all schools and colleges in Kulgam have been asked to stay close and internet services remain suspended across south Kashmir.

Earlier in January, three civilians died when security personnel opened fire to chase away protesters who were throwing stones at an Army convoy passing through Ganovpora village in Shopian district.

Promoted
Listen to the latest songs, only on JioSaavn.com
The Army has said it fired in "self-defence" when its convoy came under "unprovoked and intense stone pelting" by a mob.