Jammu And Kashmir, Under Lockdown, To Host Investors' Summit In October

Jammu and Kashmir has been under a security lockdown and has been under the grip of severe restrictions since the centre's big decisions on the state last week, which included splitting it into two Union Territories.

An investors' summit will be held in Jammu and Kashmir in October, the government said today, announcing the first such global event in the state days after the end of its special status under Article 370. The centre's decisions to scrap special status and Article 35A, which banned outsiders from owning land in Kashmir, would open the floodgates of investment in the state, an official said today.

"We have got very little time but we will try to make it a success," said NK Chaudhary, the Principal Secretary, Commerce and Industry.

"Opportunities for sectors like tourism agriculture health education are welcome to be explored here in the state," Mr Chaudhary said, adding that the summit would provide a platform for startups to grow.

But he asserted: "Article 370 and investors' summit are not related."

When asked why the summit is being hosted when the Kashmir Valley is in the midst of one of the worst lockdowns ever in terms of communication, Mr Chaudhary said the situation would improve in a month.

"If I did not believe in it I would not have announced the dates," he told reporters.

The event, from October 12 to 14, will be launched in Srinagar. Officials hope that eight more countries will participate in the summit. 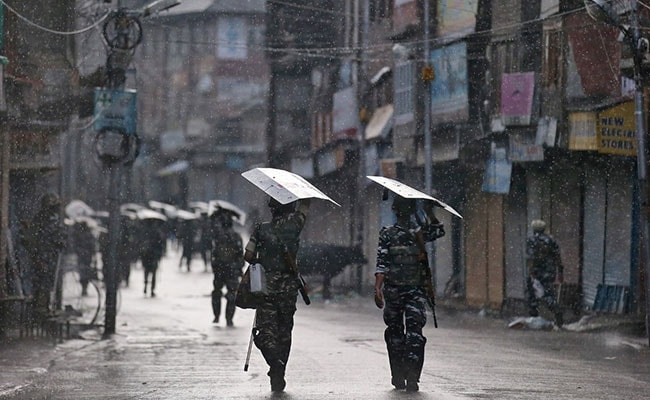 Jammu And Kashmir: Large gatherings remained banned, while phone and internet services were down in the unprecedented communications breakdown (Reuters File Photo)

Jammu and Kashmir has been under a security lockdown and has been under the grip of severe restrictions since the centre's big decisions on the state last week, which included splitting it into two Union Territories.

Large gatherings remained banned in the Kashmir Valley and phone and internet services were down in the unprecedented communications breakdown. As Eid-al-Adha festival was celebrated on Monday, streets were deserted, shops closed and thousands of security personnel kept a lookout for any trouble.

Prime Minister Narendra Modi said in his address to the nation on Thursday that Jammu and Kashmir would now attract investors and benefit from its rich resources like in horticulture, agriculture, handicraft and tourism.

An official said major industry groups were likely to participate in the three-day event.