On International Yoga Day 2017, as many as 10,000 people joined dignitaries, including Arvind Kejriwal, at Connaught Place in the common yoga event. 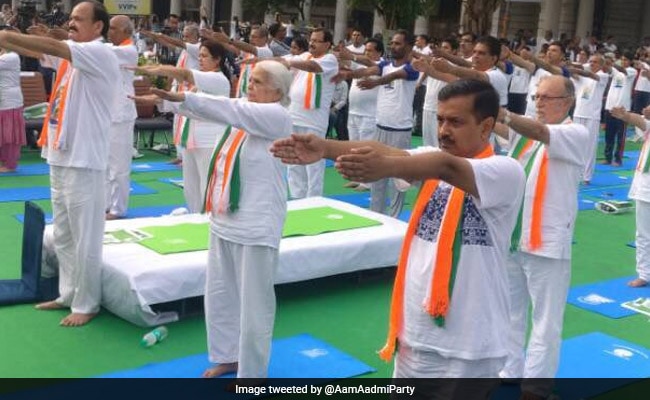 Mr Kejriwal was speaking on the sidelines of an event organised in Connaught Place here to observe the International Yoga Day.

"It (introducing yoga in schools) will be a good idea. I will speak to Manish Sisodia about it," he said. Bihar Chief Minister Nitish Kumar had recently said that yoga should not be made the issue of political debate or fetching votes.

When Mr Kejriwal was quizzed about it, he said, "Yoga is a good thing. Everyone should practise it."

PM Modi Not In "Good Mood" Over Border Row With China: Donald Trump