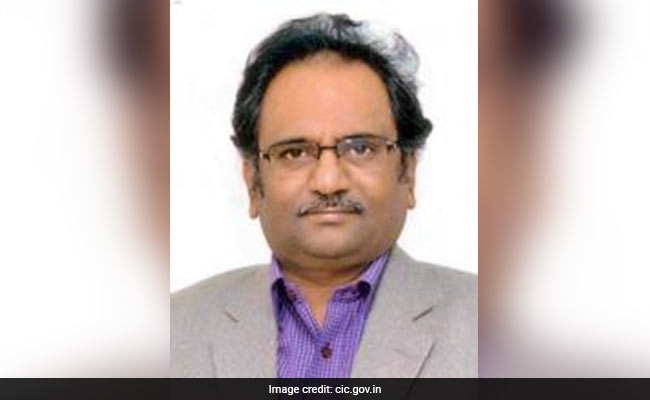 The changes in the privacy clause of the RTI Act suggested by the Justice Srikrishna panel will allow corrupt officers to escape public scrutiny, an Information Commissioner has said.

The draft bill is based on the recommendations of the government-constituted panel headed by Justice B N Srikrishna.

"We need to emphasise that any proposal to amend provisions of the RTI Act shall not be taken up without wide ranging consultation with public in general and ICs in particular," Mr Acharyulu said in a note circulated among all commissioners, a copy of which is accessed by the PTI.

The draft bill seeks to amend Section 8(1)(j) of the RTI Act which exempts from disclosure personal information subject to several conditions.

The Srikrishna panel has suggested replacing Section 8(1)(j) of the RTI Act as "information which relates to personal data which is likely to cause harm to a data principal, where such harm outweighs the public interest in accessing such information having due regard to the common good of promoting transparency and accountability in the functioning of the public authority.

"Provided, disclosure of information under this clause shall be notwithstanding anything contained in the Personal Data Protection Act, 2018."

He said in the present act, the larger public interest is the test to relax the exemption and PIO may decide to give information whereas draft bill says the undefined 'public interest' is ambiguous and suggested to specify the clause.

"But what he recommended is clad in more ambiguity and gave wide scope to misinterpret," he said.

He said the PIO has more difficult task to understand whether this ambiguous harm is going to outweigh common good of promoting transparency which is neither easy for PIO nor for applicant to explain this or justify, he said.

According to Mr Acharyulu, the Srikrishna panel report did not define common good, promotion, transparency, and accountability.

"Another wonderful fact is: the report or the Bill did not define the 'privacy'," he said.

Most important expression that can cause serious harm to RTI is "harm" used in the draft bill language, he said, adding that the bill gives 10 clauses which will constitute 'harm'.

"Any RTI request may embarrass or upset or cause worry to 'data principal' i.e. public servant, that might be considered as mental injury. PIO can instantly reject any information calling it embarrassing or that can cause mental injury," he said.

"It does not stop with this. The report says even possibility of 'humiliation' is enough to deny, as the Section 8(1)(j) says 'which is likely to cause harm'. The expression 'likely' is a general prefix for all kinds of harms listed in Section 3(21) and those not listed. Actual harm and likely harm could be grounds for rejection," he said.

He said according to the recommendations, if disclosure of any information under RTI is likely to subject a corrupt officer to black mail or extortion, PIO can refuse.

"With this clause, every corrupt officer can be safeguarded from possible black mail. Corruption related information can become his private information as per this report," he said.

He said the 10 clauses of 'harm' given by Srikrishna panel "will be ten exit gates" from public servants to escape from RTI scrutiny by the people.

"The replacement of Section 8(1)(j) is not warranted. There is absolutely no need to replace present privacy clause, as it has properly balanced the privacy rights of the public servants and the public interest in disclosure of information in connection with public activity," he said.

He said the report and the bill as far as its interference with RTI is concerned, deserve to be rejected at threshold.