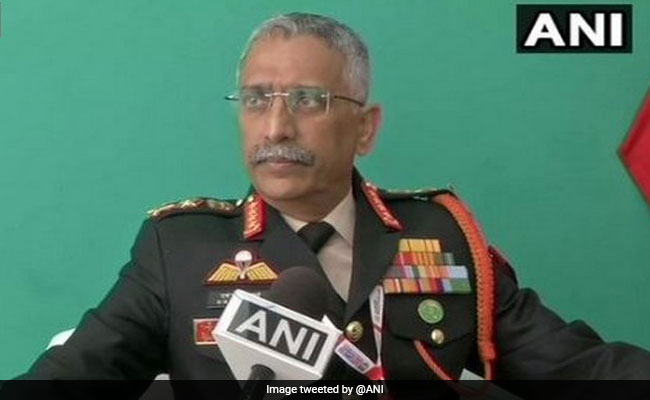 Indian Army chief General Manoj Mukund Naravane on Friday said the induction of the latest short span bridges will enhance the capabilities of tanks and armoured fighting vehicles on the western front with Pakistan.

"The bridges' induction will increase the capability of the Indian army. We had a five-metre and 15-meter span bridge but 10 meters was always needed. This will fulfill the gap. This will enhance the mechanised formation in western front capability and operation speed will also increase," the Army chief said at the induction of short span bridge event.

"This short span bridge is fully Made in India. Its production has been done by Larsen and Toubro (L&T) and designed by Defence Research and Development Organisation (DRDO). This is another step towards Aatmanirbhar Bharat. This bridge will boost the ability of the Army," the Army Chief added.

"I thank L&T for coming out with these bridging systems in a short span of time. I'm told that by end of August, they will be able to deliver about 30 bridges," Mr Reddy said.

In a major boost for "Make in India" in defence sector, the Indian Army received the first 12 indigenously developed 10-metre Short Span Bridging systems on Friday. The bridges will help the force overcome geographical obstacles like small rivers and canals in case of operations along the western borders with Pakistan.

The bridges were handed over to the Corps of Engineers by Army Chief General Naravane at Defence Research and Development Organisation in Delhi Cantonment. They are worth over Rs 492 crore.

The system has been designed by Indian Army Engineers along with DRDO and manufactured by Larsen and Toubro Limited within the country.

The bridges being inducted are mechanically launched and capable of carrying tanks up to 70 tons over different types of water obstacles.

The unique feature of the system is its compatibility with existing bridging systems which enhances flexibility to negotiate all types of water obstacles along western borders.