During the visit of Tarkash, professional interactions are planned with the Egyptian Navy towards further enhancing cooperation between the two forces. 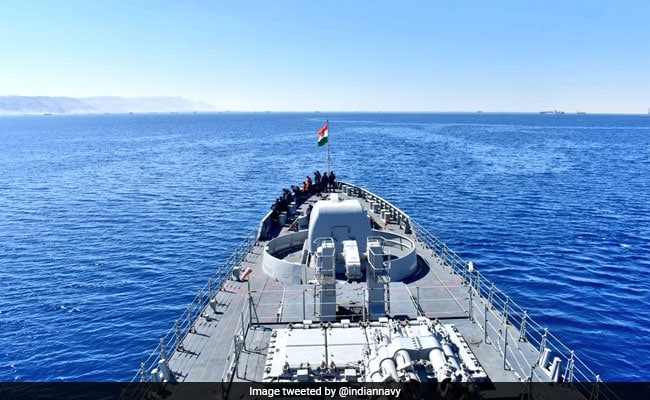 The Navy said the visit demonstrates India's commitment to its ties with Egypt.

Indian Naval ship Tarkash arrived at Alexandria in Egypt on Friday for a three-day visit as a part of Western Fleet Overseas Deployment programme, the Navy said.

The Navy said the visit demonstrates India's commitment to its ties with Egypt and of Indian Navy's increasing footprint and operational reach.

During the visit of Tarkash, professional interactions are planned with the Egyptian Navy towards further enhancing cooperation between the two forces.

In addition, calls on senior government and military authorities, sporting, cultural interactions, exchange visit of ship personnel and sharing of best practices, aimed at strengthening ties and mutual understanding between the two Navies are also planned.

A number of bilateral agreements for cooperation and cultural exchange exist between India and Egypt.

The geostrategic location of Egypt provides it the unique advantage of being at the crossroads of Africa, Asia and Europe. Crucial sea lines of communication pass through Red Sea into the Mediterranean through Suez Canal in Egypt, the Navy said.

"The current visit seeks to underscore India''s peaceful presence and solidarity with friendly countries and, in particular, to strengthen the existing bonds of friendship between India and Egypt," the Navy said.