India and China have long-pending border disputes even as the two sides after the Wuhan meeting reaffirmed their commitment to fully operationalize the Border Defence Cooperation Agreement (BDCA) they signed in October 2013. 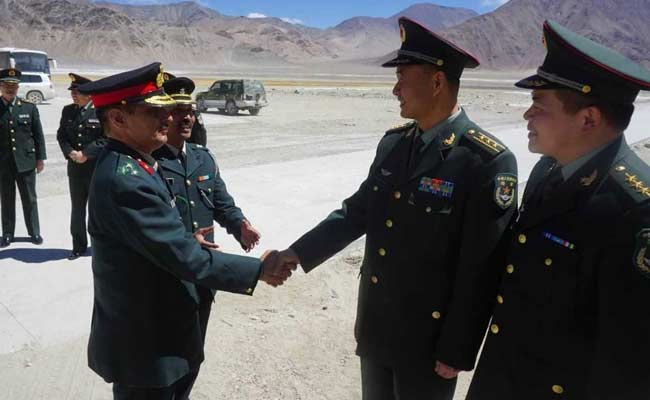 In a first after last year's Doklam stand-off, a three-member delegation of the Indian Army will be visiting Beijing for talks with its Chinese military counterparts next month to bolster defence ties between the two countries that share a long border, part of which is in dispute.

The team will be led by Eastern Army commander Lt Gen Abhay Krishna in the second week of August, sources said.

The 73-day military stand-off in 2017 was witnessed at the India-China-Bhutan tri-junction after Indian troops halted road construction at Doka La, or Doklam, citing Bhutan''s claim to the area.

The Doklam issue soared ties between India and China. However, there was a thaw after Prime Minister Narendra Modi met Chinese President Xi Jinping for an informal summit at Wuhan on April 27-28 this year.

The Indian military visit will reciprocate a similar trip by a 10-member team of the People's Liberation Army, led by its senior commander Lt General Liu Xiaowu, the Deputy Chief of its Western Theatre Command, in the first week of July.

The Chinese soldiers were hosted by the 33 Corps Headquarters at Sukna in West Bengal and Eastern Army Command at Kolkata for delegation level talks with their counterparts. The 33 Corps guards the Doklam area.

India and China have long-pending border disputes even as the two sides after the Wuhan meeting reaffirmed their commitment to fully operationalize the Border Defence Cooperation Agreement (BDCA) they signed in October 2013.

The two neighbours share over 4,000-km long boundary stretching from Ladakh in Jammu and Kashmir to Arunachal Pradesh. There are 23 areas of dispute along the de facto border also known as Line of Actual Control.

The last time an Indian Army delegation was on a China visit was in 2015. The delegation was headed by the then Northern Army Commander Lt Gen D S Hooda.