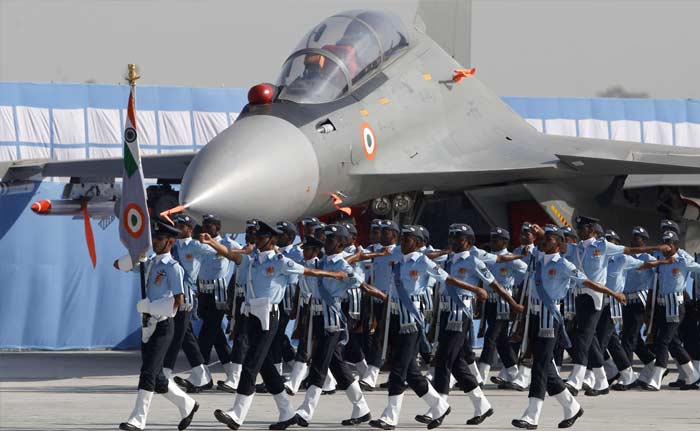 New Delhi: The Indian Air Force has asked its personnel and their families not to use Chinese 'Xiaomi Redmi 1s' phones as it believes these phones could be transferring data to their servers in China and hence be a security risk.

"F-secure, a leading security solution company, recently carried out a test of Xiaomi Redmi 1s, the company's budget smartphone, and found that the phone was forwarding carrier name, phone number, IMEI (the device identifier) plus numbers from address book and text messages back to Beijing," says an advisory issued by the Air Force to its personnel.

The advisory, issued few weeks ago, has been prepared by the intelligence unit based on the inputs from Indian Computer Emergency Response Team (CERT-In), according to Air Force sources.

Emails were sent by the Press Trust of India to the company for its response on this development but those remained unanswered.

However, in a general statement two days ago, the company had said it is fully committed to storing its users' data securely at all times. It also said that it is migrating some data on non-Chinese customers away from its servers in Beijing due to performance and privacy considerations.

According to Xiaomi, earlier this year, its e-commerce engineering teams started migrating its global e-commerce platforms and user data for all international users from their Beijing data centers to Amazon AWS data centers in California and Singapore.

Promoted
Listen to the latest songs, only on JioSaavn.com
The company also said that this migration process will be completed by the end of October and will benefit users in all of its international markets which include Hong Kong, India, Indonesia, Malaysia, Philippines, Singapore, and Taiwan.

Meanwhile, the Taiwanese government is also currently investigating whether Xiaomi Inc is a cybersecurity threat due to privacy issues.

On Foreign Funding Clearance For 6,000 NGOs, Setback In Supreme Court