Prime Minister Narendra Modi India is seeing reforms on such a wide scale because its vision is clear, which is about having an "Aatmanirbhar Bharat". 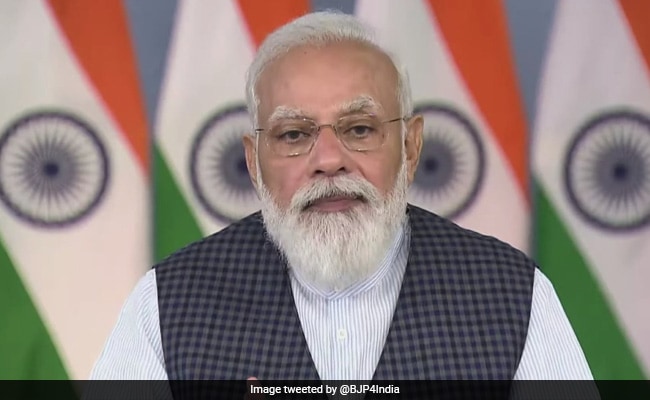 Prime Minister Narendra Modi today launched Indian Space Association (ISpA), an industry body aspiring to be the voice of the country's space sector, and underlined his dispensation's commitment to reforms, saying the country never had a more decisive government.

PM Modi cited the government's success in privatising loss-making public airline Air India to assert that this shows its commitment and seriousness.

He said the government's policy about the public sector is that sectors where it is not needed should be opened to private enterprises.

The prime minister referred to the opening of a host of sectors from space to defence to private players, and asserted that his government has kept national interest as well the needs of different stakeholders in mind.

He said India is seeing reforms on such a wide scale because its vision is clear, which is about having an "Aatmanirbhar Bharat". PM Modi said India is among the few countries which has end-to-end technology in the space sector.

As a partner, the government is helping industry, young innovators, start-ups and will continue doing so, he added.

He said his government's approach to reforms in the space sector is based on the four pillars; allowing the private sector freedom of innovation, government playing the enabler's role, preparing youngsters for the future and envisioning the sector as a resource to help the common man's development.

The ISpA will undertake policy advocacy and engage with all stakeholders in the Indian space domain, including the government and its agencies, the government has said.

Echoing the prime minister's vision of "Aatmanirbhar Bharat", the ISpA will help in making India self-reliant, technologically advanced and a leading player in the space arena, it added.

The ISpA is represented by leading home grown and global corporations with advanced capabilities in space and satellite technologies.