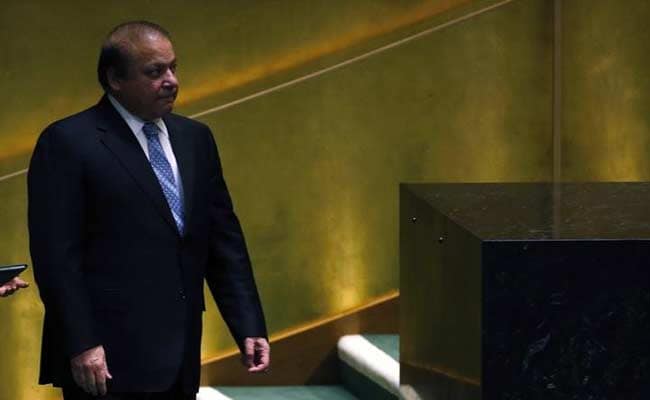 India's permanent membership in the reformed United Nations Security Council is unacceptable to Pakistan as it has not complied with UN resolutions on Kashmir, Prime Minister Nawaz Sharif told US President Barack Obama.

The US President called Prime Minister Sharif last night and both leaders discussed issues of mutual interest and those related to regional stability and peace for over 30 minutes, officials said.

During their conversation, Mr Sharif expressed reservations about US' support for India's bid to secure a permanent seat in the UN Security Council seat.

He told President Obama that India could not become a permanent member due to its non-compliance of all the resolutions passed by the UN on Kashmir and that it had "not fulfilled the commitment to give the right of self-determination to people of Kashmir," officials said.

"PM said India doesn't deserve a permanent seat on the UN Security Council as the country has been violating UN resolutions on Kashmir," a statement from Mr Sharif's office said.

During his unprecedented second visit to India last month, President Obama had reaffirmed his support for a reformed UN Security Council with India as a permanent member.

In his conversation with President Obama, Mr Sharif also "expressed Pakistan's desire to become a member of the Nuclear Suppliers Group (a multinational group that seeks to reduce the proliferation of nuclear weapons)." President Obama, during his India visit, had also reaffirmed the US' position that New Delhi was ready for the membership of the group.

Barack Obama visited India last month and was the Chief Guest at the Republic Day celebrations, the first US President to do so. During his conversation with Mr Sharif, President Obama also discussed his India visit.

Mr Sharif asked President Obama to impress upon India to resume the peace dialogue with Pakistan to address all outstanding issues including Kashmir, The News reported.

The two leaders also exchanged views about bilateral issues including terrorism. President Obama congratulated PM Sharif on the success of operation 'Zarb-i-Azb' to wipe out militants from the North Waziristan tribal region.

The two also decided to meet at a convenient date.

Promoted
Listen to the latest songs, only on JioSaavn.com
The White House, in a statement on President Obama's call to Mr Sharif, said, "The President discussed his recent visit to India, and noted the United States supports all efforts by both nations to improve ties."

President Obama had also telephoned PM Sharif before going to India and had promised to take him into confidence at the conclusion of the visit.