Rajnath Singh said the armed forces are not lowering their guard at all while playing a significant role in the country's overall fight to defeat the coronavirus pandemic. 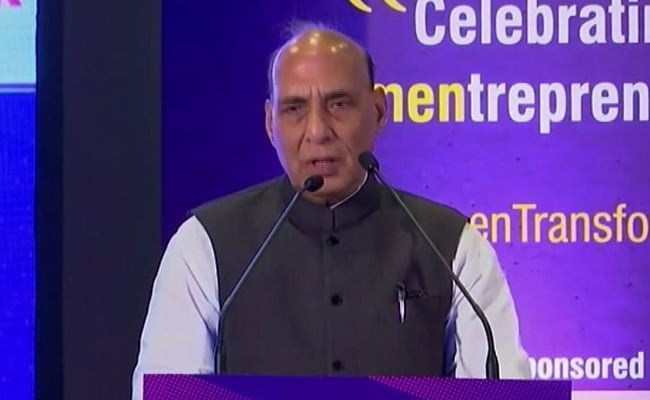 Rajnath Singh said the armed forces are prepared for all kind of situations amid lockdown.

Defence Minister Rajnath Singh on Sunday said the Indian Army is carrying out "targeted strikes" on terror launch pads along the Line of Control in Jammu and Kashmir.

Mr Singh, in an interview to PTI, said the armed forces are not lowering their guard at all while playing a significant role in the country's overall fight to defeat the coronavirus pandemic.

"The Indian armed forces are prepared for all contingencies and I can assure the country that we are prepared to defend our sovereignty from adversarial forces in all scenarios," he said.

Pakistan has been resorting to unprovoked ceasefire violations along the Line of Control and making concerted efforts to push militants into Kashmir in the last several weeks.

"As you would have gathered from the operations along the LoC (Line of Control) in the last two weeks, we are dominating the enemy through targeted intelligence based strikes on their launch pads and eliminating them before they set foot on Indian soil," Mr Singh said.

Army Chief M M Naravane visited various forward locations along the LoC on Thursday and Friday to take stock of situation along the frontiers and directed the Army to maintain maximum vigil to foil any attempt by Pakistan to push terrorists into the Indian side.

Military sources said a number of terror launch pads along the Pakistani side of the LoC were destroyed by the Indian Army in the last few days.

India has been retaliating strongly to the Pakistani "misadventure" by targeting terror launch pads and ammunition storage across the LoC.