No Invite For Lawmakers, Arvind Kejriwal Too Skips President's 'At Home'

Arvind Kejriwal's AAP has, on numerous occasions, accused the central government of attempting to humiliate AAP leaders at national events. 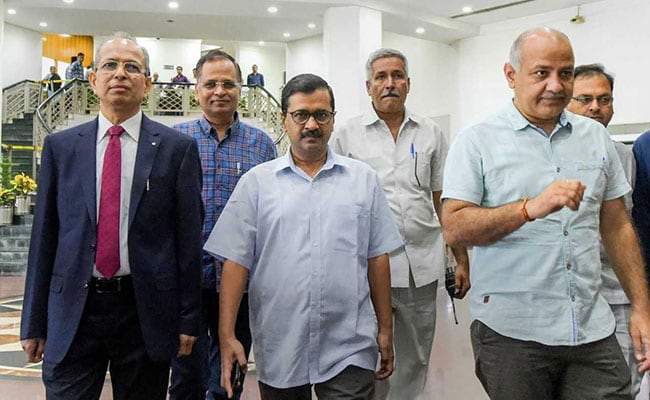 Delhi Chief Minister Arvind Kejriwal will skip "At Home", the customary high tea hosted by President Ram Nath Kovind on the occasion of Independence Day. Mr Kejriwal's decision comes against the backdrop of the presidential palace pruning the list of invitees that has kept the national capital's legislators out.

Just to refute some fake news. CM Arvind Kejriwal of Delhi has very much been invited to the President’s Aug 15 At Home. Card no. 49 was delivered and it’s reception confirmed by the CM’s protocol dept. The CM’s protocol dept told a caller from RB the CM would not be attending

AAP lawmaker and party spokesperson Saurabh Bharadwaj didn't take up Mr Malik on this point, but asked why the practice of inviting the national capital's legislators had been dispensed with.

How can staff of the First citizen of India, our respected President, Head of the Republic be engaged in petty politics at National Events

"Sir, We MLAs of Delhi were always invited by all Presidents before Kovind Ji. After Kovind ji became President, 3 decade old tradition has been stopped," Mr Bharadwaj tweeted, describing Rashtrapati Bhavan's decision as a humiliation of the national capital's legislators.

He said he had received seven invites from Rashtrapati Bhavan from 26 January 2014 onwards.

Arvind Kejriwal's AAP has, on numerous occasions, accused the central government of attempting to humiliate AAP leaders at national events.

At a programme hosted by Delhi Lieutenant Governor, AAP had complained that the chief minister was told to show his invite and his official car stopped at the entrance while vehicles of senior officials were allowed to enter.

Back in 2015 when Delhi was under central rule, Mr Kejriwal had complained how he had not been invited to the Republic Day parade.